Differential Destruction: Filmic Representations of the Postcolonial Anthrobscene in the Filmography of Bong Joon-Ho 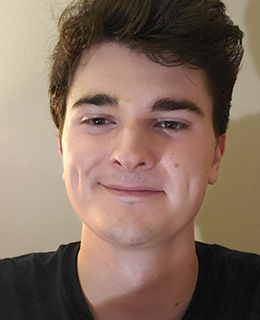 As our ever-devolving environmental future comes into focus, a growing body of work asks us to contend with precarity, perhaps best exemplified by Anna Tsing’s The Mushroom at the End of the World (2015) and Donna Haraway’s Staying with the Trouble (2016). Similarly, works by Homi Bhabha and Bruno Latour develop the notion of ‘hybridity,’ problematizing the idea of a bounded-human subject as distinct from colonial and ecological nature-cultures. The recent filmography of globally acclaimed director Bong Joon-Ho visualizes environmental disasters across temporalities, discerning the contours of a post-coloniality exacerbated by ecological degradation. Whether it be a world-traveling train holding all the world’s humans in Snowpiercer (2014), the near-realistic exploitation and genetic manipulation of animals in Okja (2017), or contemporary class struggles amidst environmental catastrophe in Parasite (2019), Bong Joon-Ho's work enmeshes the precarious and the hybrid, embodying what Jussi Parikka has termed the "Anthrobscene" (2015).

In this paper, I argue that these works are emblematic of the contemporary disaster film, utilizing the condition of precarity and the figure of the hybrid to generate filmic reflections on Anthropocene existence, staging a reckoning along Latourian and Bhabhan, Harawayan and Tsingian lines. Such a complicated interpolation highlights the failures of the Anthropocene as critical framework, instead pointing to the need for an "Anthrobscene" which highlights the differential status of humans and nonhumans in the face of disaster. Drawing on our contemporary moment of ecological degradation and hybridized precarity, Bong Joon-Ho's filmography acts as a temporally disjunctive exercise in worldbuilding that maps the theoretical and ideological contours of disaster and post-disaster living, offering a reading of cinematic hybridity fit for the complex Anthrobscene. Thus, when interpreted alongside one another, his recent works represent a deeply imagined critique of technocratic utopianism and the perils of neoliberal extractive politics in the face of catastrophe. 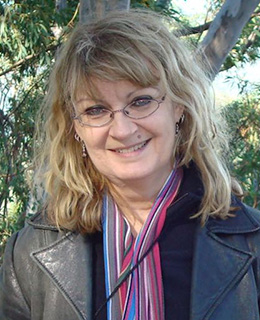 Does Eco-SF predict the future, or does it model potential scenarios? Science Fiction is, in part, the product of authors working with models of potential futures. Its themes have provided the means to peek around corners beyond conventional boundaries, to anticipate new ideas and fresh solutions. Eco-SF has modeled how humankind damages and abandons Earth only to seek ‘new Earths’ elsewhere. If post-apocalyptic works have covered most of the ways of ruining Earth’s ecosphere, we can also find encoded in Eco-SF motifs, concepts, and even direct maps for preventing such final destruction; and we can find diverse pathways to move humankind through adaptation and toward survival for much of our Ecosphere. Notable amongst these SF scenarios in Isaac Asimov’s later works, is an eco-philosophical model for survival through key crises – if we can only use logic, intuition, and creativity together to map our pathways toward resolving crises and living differently.

Using allusive motifs and philosophical thought experiments, early SF works employed covert means to present important ideas they could not address openly. They encoded future eco-catastrophe and the search for liveable new worlds into their works, and also the Search for a Lost Earth. Asimov’s Foundation series offered recovery from the fall of Galactic Empire as an all-embracing model.

Eco-Weird Stories and a Phenomenology of Environmental Loss 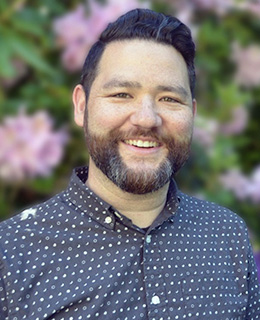 In Wasteland, historian W. Scott Poole claims that WWI is largely responsible for the birth of modern horror. The trauma of war, the massive casualties, and the mutilation of bodies that were thrust into the popular imaginary were all dramatized by the rise of horror movies, stories, and novels. While war continues to have large-scale traumatic impacts on the world, climate change is arguably the biggest driver of trauma, anxiety, and mass casualty of our time. Following Donna Haraway’s claim that “it matters what stories tell stories,” (Haraway 2016, 35) I ask what stories we are telling in response to our climate crisis, and in turn, what stories those stories tell. In response to this question, this paper will offer a phenomenology of environmental loss. In part, this experience of loss parallels other forms of loss and other experiences of being lost. In part, this experience of loss parallels strange stories of hauntings, ghosts, and uncanny environments. Ultimately, I will argue that the stories we tell matter and that one way to make sense of the manifold chaos of climate change is to tell weird stories.

Eco-Weird stories dramatize and manifest the fears and anxieties of climate change by dealing explicitly with impossible experiences, the horrors of our world, and with the trauma of loss. They offer worlds in which to find solace, worlds that parallel the madness of our collective suicide, and worlds that demand action. In short, they offer the possibility of being haunted that enables us to make sense of our ongoing failure to respond to climate change.

While the connection between weird fiction and environmental thought has a clear precedent in eco-criticism, I argue that eco-phenomenology provides tools for analysis that have so far been ignored. In many cases of loss, the experience of that which is no longer there continues to manifest meaningfully in our world. And when these manifestations are due to mistaken intentionalities, we experience a kind of haunting. By locating these hauntings in the weird rather than in horror, I argue that we can avoid an exacerbation of anxiety and panic and find some goodness in being haunted. 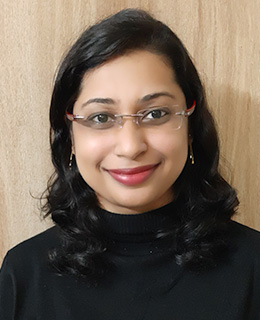 India's NITI Aayog published a report titled, “Composite Water Management Index (CWMI)” in June 2018 which stated that India was undergoing the worst water crisis in its history with about 600 million people facing acute water shortage and nearly 200,000 people dying every year due to inadequacy of safe drinking water. The report further speculated that the country’s water demand would be twice the available supply by 2030, implying that millions of people were staring at a catastrophic future. Political and social apathy, corporate greed, and severe mismanagement of water resources are some of the prime causes of the crisis. Popular Indian graphic novelist Sarnath Banerjee's fourth graphic novel, All Quiet in Vikaspuri (2015) addresses this issue by imagining a dystopian future in which severe scarcity of water leads to ‘water wars’ in Delhi. Water wars imply extreme hostilities that emerge between the neighbourhoods and localities of Delhi due to acute water shortages. Banerjee deploys his characteristic wry humour to critique the government’s narrative of economic progress in post-liberalization India by foregrounding class inequalities and the price paid by the marginalized communities due to privatization and short-sighted policies, dubbed as “short-termism" by the author. Marx’s concept of metabolic rift, as analysed by John Bellamy Foster, shows how nature is alienated under capitalism. In Slow Violence and the Environmentalism of the Poor (2011) Rob Nixon posits that slow violence occurs “gradually and out of sight, a violence of delayed destruction that is dispersed across time and space....” Banerjee depicts this slow violence perpetrated on the environment in the name of “vikas” or progress. This paper aims to discuss the issues mentioned above through an analysis of All Quiet in Vikaspuri. Key Words: water crisis, water wars, Vikaspuri, capitalism, exploitation

Tyler Eyster is currently a teaching assistant at Miami University, where he is working towards his MA in English Language and Literature. His ongoing work sits at the intersections between ecocriticism and critical animal studies, exploring the role of narrative representations in shaping post-humanist discourse and thought, particularly in relation to religion and the postcolonial. He has forthcoming work in the Middle West Review, Text Matters, and Iowa Journal of Cultural Studies.

Dr. Julie Hawkins Julie has recently completed a PhD in Eco-Philosophy at UNE (Australia) entitled, 'Nondual consciousness and its significance for eco-philosophy and eco-theology: Toward a deepening aesthetic consciousness and ethic.' Widely published, she has presented several papers that explore aspects of Ecological Self, Eco-philosophy, and Eco-theology. These include a virtual paper at the APTO Virtual Conference (December 2020) now under consideration for publication. She has published articles on Eco-Lore in ancient and medieval literature. Julie is currently writing on ecological literacy, awareness, and ethics for communities. She has taught Eco-Lore while coordinating the 'Australian Folklore and Folk-Speech' Unit at the University of New England. Her most recent presentations include, "How Asian Poetry of Enlightenment conveys a Whole-Earth Communion with Reality" and "Evolving our Ecological Selves – Reconnecting with our Sacred Earth."

Dipanwita Ganguly is working as an Assistant Professor of English in M.P.R.P. Government Girls College, Dewas, under the Department of Higher Education since 2019. She completed her MA from the Department of English, University of Delhi, and qualified for a Junior Research Fellowship. Her areas of interest include Indian Literature, graphic novels, Indian graphic novels, popular culture, mythology, and art history. Her recent publications include papers on Cyrus Mistry's Chronicle of a Corpse Bearer published in Literary Endeavour where she analyzed the segregation faced by the khandias within the Parsi community and Chitra Banerjee Divakaruni’s Arranged Marriage published in Journal of Comparative Literature and Aesthetics in which she examined the condition of women in the patriarchal society of India. She has also presented papers at international conferences on Lu Hsun's A Madman’s Diary and Spike Jonze’s movie Her where she talked about cyber-eroticism, applying Paul Virilio's insights from his book Open Sky (1997).