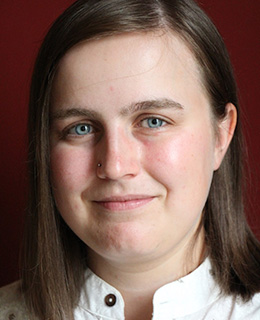 Communities globally experience critical mental and physical health impacts due to the climate crisis. While these impacts may lead to clinical mental illness for some, the overall effects of grief or anxiety relating to the climate are often reasonable responses to the challenges that people and communities are facing (Cunsolo et al., 2020). To this effect, the term climate grief refers to any psychological distress, cognitive dissonance, anxiety, and emotional turmoil that people/communities experience as a result of the climate crisis and ecological change (Albrecht, 2020; Askland & Bunn, 2018; Cunsolo & Ellis, 2018). Young people are not only going to experience the worst impacts of the climate crisis, but many have dedicated their lives to fighting the climate crisis through protests, strikes, rallies, education, careers, and politics and their constant and close engagement with the climate crisis intensifies their experiences of grief (Fisher, 2016). Furthermore, young people who are marginalized and face oppression due to racism, sexism, homophobia, transphobia, ableism, colonialism, classism, xenophobia, and any other form of discrimination are more likely to be frontline activists facing environmental violence (Waldron, 2018) and have more complex experiences of climate grief. This research is taking place in Mi’kma’ki, the ancestral and contemporary lands of the Mi’kmaq (Mi’kma’ki, n.d.). The research population encompasses self-defined politically active youth ages 12-29. Youth in Mi’kma’ki are not only facing the climate crisis but also high levels of poverty, the housing crisis, the COVID-19 pandemic, precarious employment, unliveable wages, and rapidly rising tuition. The purpose of my research is to engage politically active youth in Mi’kma’ki in reflection on climate grief, to identify connections between political activism and climate grief, and to use arts-based inquiry and intersectional analysis to explore their experiences.

Generating Images on the Urgency of Climate Responsibility 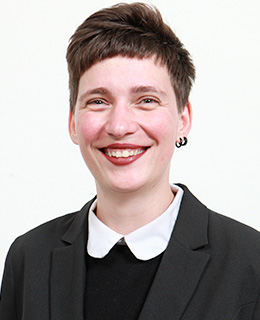 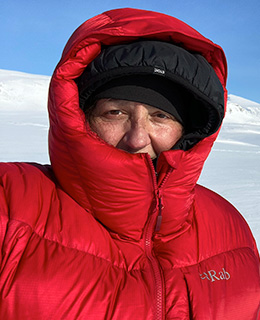 This panel explores how art created through the application of Artificial Intelligence (AI) systems can go beyond a visual representation of the climate crisis to instead engage in meaningful debate on the urgency of our climate responsibility and seek potential solutions.

The Arctic Circle is ground zero of climate change. The Arctic Ocean’s ice cover, which helps determine the Earth’s climate, fell to its second lowest level on record as of 7th September 2020. Humanity is dependent on the ocean and cryosphere. It interconnects with the climate system through water, energy, and carbon. The impact of this melting ice cover is also political, military, and economic as several nations vie for ownership and control over its greater navigable waters – a new Northwest Passage – and the opportunities it presents.

In April 2022, artist Pat Naldi, undertook a three-week research expedition to the high Arctic Archipelago aboard a Barquentine sailing vessel, as part of The Arctic Circle Artist and Scientist Residency Program. Sailing and making landings along the Svalbard archipelago – which is warming at the fastest rate anywhere - she bore witness to the melting ice cover and receding glaciers of the Arctic. A selection of Naldi’s analog colour film photographs of melting icebergs and glaciers shot on the expedition with a vintage 102-year-old Box Brownie camera, have been programmed into an AI specially created by the artist Anamarija Podrebarac. Named Polar Bear after the hypercarnivorous inhabitant of the Arctic Circle that is on the front line of the climate crisis relying as it does on sea ice to hunt for food, this AI is analysing the information provided by the analogue images of this climate affected environment and generating digital images of the Arctic landscape.

The energy consumption of AI systems, specifically machine learning, has itself, come under scrutiny, yet despite this, AI systems have the potential to decouple economic growth from rising carbon emissions and environmental degradation. It can halt emissions in the energy sector by forecasting the supply and demand of power in the grid, improve the scheduling of renewables, and reducing the life-cycle of fossil fuel emissions through predictive maintenance. By harnessing the swaths of data from sensors and satellites, AI can also better predict climate change impacts and proactively steward these ecosystems. We can also actively increase the capacity of carbon sinks like peatlands and accelerate afforestation through locating appropriate planting sites, monitoring plant health, and even controlling tree-planting drones.

Therefore, what can we learn about climate change from a collaboration between vintage analog imagery and contemporary Artificial Intelligence? Can these data generated images by Polar Bear AI, offer us a future glimpse of the effect of melting ice cover on global ecosystems, and thereby seek active solutions? 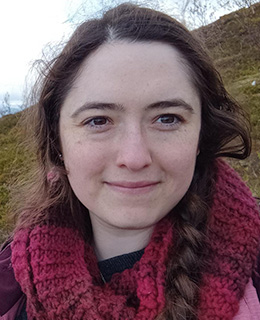 The intersection between theatre and festivals has a long history in Sámi mileux. At Márkomeannu, theatrical performances have often been part of the festival program and the pieces performed often conveyed political messages. During the 2018 edition of Márkomeannu, such omnipresent political overtones were epitomized by a festival plot – an example of Indigenous futurism grounded in Sámi cultures – at the basis of a collective performance entitled “Sáŋgarat máhccet” (the heroes return). On the site, once the festival officially started, the plot was implemented through various artistic means such as site-specific art and sound installations, the reproduction of digital drawings visualizing the festival narrative, and the theatrical performance spanning across the whole festival and which engaged the public, allowing festival-goers to participate in the festival-plot. Setting the festival 100 years in the future, the 2018-edition background plot merged fiction with past experiences of cultural and environmental disasters and present socio-political and environmental challenges. The future imagined at Márkomeannu is a dystopian scenario encapsulating a strong critique of environmental racism in Sápmi and a claim for a Sami future. A thorough analysis of both the concept and its implementation can shed lights on the narratives, conceptual bases and cultural significance characterizing the 2018/2118 edition Márkomeannu in relation to the wider Sámi context. Such analysis enables a reflection on how the climate crisis is addressed in Sápmi through arts. It also offers insights into how, through arts, Sámi people not only participate to modernity in its multiple manifestations, engaging in debates concerning Indigenous rights but also challenging colonial ambivalences that essentialize Sami cultures. In doing so, they reject colonial tropes that see Indigenous Sami people as opposed to (economic and hence cultural) development but that fail to account for the asymmetric power structures that still relegate Sami people to the margins of Nordic societies.

Lily is a Master of Environmental Studies student with the Community Engaged Co-Lab. She is a graduate of a B.Sc in Environmental Science with a minor in History of Science and Technology from the University of King’s College, as well as a graduate of a certificate in Geographic Information Science (GIS) from Dalhousie University. In her undergraduate degree, she worked with public health officials, and GIS professionals in Nova Scotia to create a web application that maps a score out of 100 of access to physical activity infrastructure by address across Nova Scotia called the ActivScore. Lily has numerous research interests but is most enthusiastic about creating tools to help communities take action for a better future. Lily is a member of the team working on the question of “Can art and science work together to build rituals and vocabularies for dealing with climate grief?” under the supervision of Dr. Melanie Zurba, and she is exploring how youth representation in politics and decision making around climate change influences levels of climate grief in young people.

Pat Naldi is an artist and Lecturer in MA Fine Art at Central Saint Martins, University of the Arts London. She holds a Ph.D. from Central Saint Martins, an MA in Fine Art from Northumbria University, and a BA (Hons) in Fine Art from Maidstone College of Art & Design. Naldi’s interdisciplinary research addresses the geopolitical, environmental, socio‐spatial, and ideological construction and operation of urban and rural landscapes by exploring the politics of power and its symbolic and active enactment. Her projects are manifested through moving images, performance, live events, installations, publications, photography, website projects, TV, radio broadcasts, and writing. Her publications include “Search: An Artist Project for Television” in Regenerating Culture and Society: Architecture, Art and Urban Style Within the Global Politics of City-Branding (Liverpool University Press), “Creating London’s Image” in Fragmentation of the Photographic Image in the Digital Age (Routledge), and her most recent book chapter “Managing Arcadia: From the King's Cross Estate to the Bretton Estate” was published in British Art and the Environment: Changes, Challenges, and Responses Since the Industrial Revolution published by Routledge in 2021. Naldi was an artist in residence on the April 2022 “Arctic Circle Artist and Scientist Expedition Residency.”

Anamarija is an interdisciplinary artist and PhD candidate in Art and Creative Computing at University of the Arts London. By observing the environment and recognising patterns of embodied movements and unexceptional interactions, her research focuses on sensational experience with code and everyday experience. The central focus of her work is to question our position in the interpretation of art and expand our understanding and our perceptions of the world by rejecting traditional ideas of the human form. Technology is positioned as a centre of knowing rather than a position of "other." Her research has been published by Routledge, with her chapter “Introduction to Natural Language Processing” published within Fragmentation of the Photographic Image in the Digital Age (2019). Her written art practice has been published twice by Hinterhouse Editions, in the books titled 0 and 1, and in a History of Photography. Podrebarac works with natural language processing technology, performance art, and AI-generated poetry.

Erika De Vivo recently defended her PhD and is currently an adjunct lecturer and teaching assistant at the University of Turin, Italy. Erika’s PhD dissertation focused on the Márkomeannu festival. Her main research interests include: Indigenous efflorescence; Sámi in/tangible cultural heritage and cultural creativity; Sami art; and Sámi political activism. Erika has participated in several international conferences and has been widely published in Text Matters: A Journal in Literature, Theory, and Culture and Museum Discourse: A Sociocultural Agent for Change. Her most recent publication is “Everybody knew Čuoppomáddu stories: On human/other-than human relations in Stuornjárga as revealed through the Márka-Sámi toponyms” in the Venice Journal of Environmental Humanities.