It’s been an eventful and successful career for Frank Siracusa and one that he credits, in part, to his time at Humber College.

Siracusa, who graduated from Humber’s Film and Television Production program in 1984, is a recipient of an Honorary Degree from the college this year. He was presented with his degree during Humber’s spring 2022 convocation ceremony at the Toronto Congress Centre.

According to Siracusa, the encouragement and training he received while attending Humber has played a role in the success he’s enjoyed in his career.

“My time at Humber gave me opportunities to direct, to operate a camera, to sit in the edit suite – it offered exposure I could never get professionally,” he said.

Siracusa is an Emmy Award-winning producer and director and the CEO of Whizbang Films. He’s produced high-profile shows including The Handmaid’s Tale, Star Trek, Due South and Beauty and the Beast, among others. 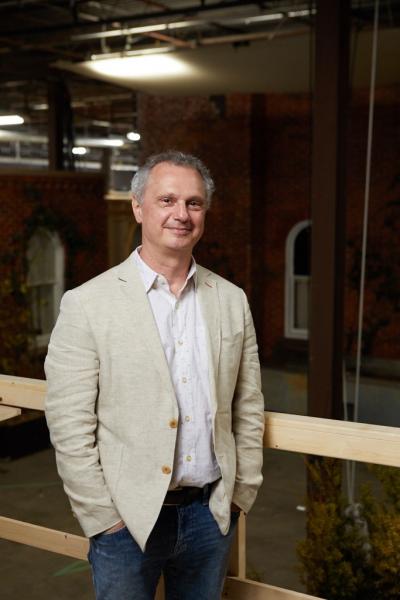 “Frank Siracusa is one of the most accomplished graduates from the Film and Television Production program at Humber College,” said Guillermo Acosta, senior dean, Faculty of Media & Creative Arts. “Becoming one of the most laureate Canadian film and television producers, Frank has built a career founded on talent, hard work and professionalism. An important aspect in Frank’s career has been his support to develop new talent for the local industry. I’m very grateful to Frank because, during all these years, he has stayed close to our Faculty and programs and has backed up many initiatives that have greatly benefited our programs and, most importantly, students and graduates.”

Siracusa’s passion for directing and producing started at a young age. He loved being a part of his school plays and said he would write, direct or act – whatever he could do to be involved.

For those hoping to enter the business, Siracusa had some advice gleaned from his years in the industry. Don’t hesitate – get out there and start making films.

“When I meet people just starting out, I ask them where they see themselves in 10 years. Most say they want to direct or produce, and I tell them not to wait,” he said. “(I tell them to) use their cellphones and go make short films. When you’ve made 10 short films, you can walk into any producer’s office, and you can say ‘I’m a director.’”