Think about all the natural resources in our world and take a guess at what’s the second most consumed.

Did sand come to mind? It might not have but about 50 billion tons of it is extracted across the globe each year and that’s affecting the environment.

This issue was the topic that earned Humber College Supply Chain Management program student Namratha Ashok and her team first place in Humber’s Map the System challenge with their presentation The Sand Crisis: The Mining of Riverine and Floodplain Sands within India. 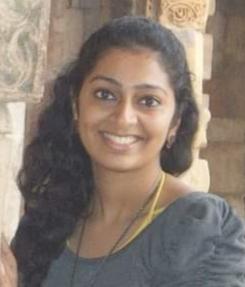 Map the System is a global competition run by Oxford University that tasks students with addressing global issues by first studying them to gain a deeper understanding of the problem and its broader context, which is a process known as systems thinking.

Elinor Bray-Collins, a politics professor with Humber's Faculty of Liberal Arts and Sciences, said systems thinking calls for a deep dive into complex issues to understand what drives them before attempting to intervene so that the proposed solutions are successful and don't backfire and create more problems.

Following the Humber win, Ashok and her teammate Alice Wassell, a student at Otago Polytechnic in New Zealand, went on to compete in the Canadian finals of Map the System. They finished in the top six and received the People’s Choice Award. 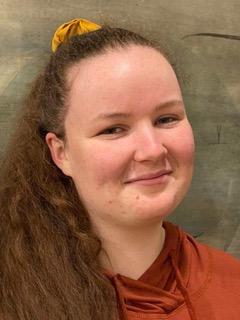 It’s the third year Humber has participated in the challenge.

Humber is a part of the Global Polytechnic Alliance – an international alliance of Humber, Otago and VIA University College in Denmark that provides opportunities for micro-credentialing, joint programming and collaboration. That’s how Ashok and Wassell connected for the project.

Ashok, who was born in India, remembers as a child seeing illegal sand mining trucks drive up to the riverbanks at night and leave before sunrise, fully loaded with sand.

At the time, she didn’t fully understand the impact it was having on the environment. But, when the opportunity arose to explore it further as part of Map the System, she was intrigued.

“I had no idea the sand crisis was such an issue,” said Ashok, adding most people she spoke with weren’t aware of the severity of it.

Ashok said the situation is getting critical and natural environments around the world are being exploited for their sand. Wassell said that their research and causal map shows that the mining of rivers and floodplains in India can result in corruption and violence, reduced food and water supply for communities, water pollution, the decline and destruction of existing infrastructure and a decrease in flora and fauna.

Sara Hassan, a professor with Humber’s Faculty of Liberal Arts and Sciences who served as a mentor for the team, didn’t know initially how widespread the issue was.

Meanwhile, Wassell said her participation in Map the System gave her a better insight into the sand crisis and it helped develop other skills.

“The knowledge I gained around systems thinking opens up numerous opportunities for my career and my understanding of the sand crisis will lead me to be a more sustainable designer,” said Wassell, a third-year Bachelor of Design student. “Having experience working remotely and internationally is also valuable and has given me the confidence to collaborate internationally again.”

“I could not have achieved this level of understanding (without taking part in Map the System) as I did not have the skills to look at such a complex issue and understand how seemingly individual parts can affect each other,” continued Wassell.

Ashok said her participation in the competition had a variety of benefits. It helped improve her interpersonal and time management skills, connected her with faculty she might not have had a chance to otherwise and it gave her confidence a boost.

“I loved the experience,” said Ashok. “I’d say to others to take a chance on it. You can grow and develop skills while learning how to think outside the box.”