Building NX has been transformed from a drafty, inefficient structure to the crown jewel of Humber College’s sustainability efforts.

Humber’s Energy Efficiency team embarked on an ambitious and daunting project in the spring of 2018. The team began a complete retrofit of the inefficient Building NX with the goal of reducing its energy use by 70 per cent.

Renovations to the NX Building were designed by B+H Architects and Morrison Hershfield and constructed by Bird Construction Inc. The collaborative planning, design and execution of renovations resulted in highly insulated, air-tight retrofit.

The entire outside of the building was replaced with a new building envelope that is 14 inches thick including 11 inches of insulation which gives an effective rating of R40. This level of insulation means that very little energy is required to heat the building, even on the coldest days in Toronto.

Crews installed triple-pane windows, upgraded the lighting, heating and cooling systems and added a new 25kW Solar Photovoltaic (PV) system. All of this work was done while the building was occupied, a critical element for demonstrating how to retrofit existing buildings. 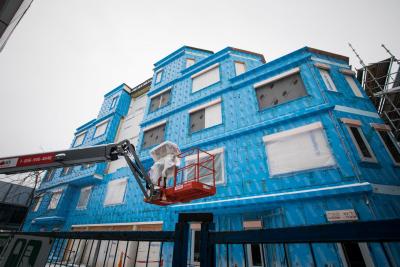 Humber students from various faculties were engaged along the way, gaining valuable hands-on work experience. The retrofit became a teaching tool for students and for the design and construction community.

The industry is facing the expensive challenge of reducing greenhouse gas emissions and finding ways to heat and cool buildings without burning fossil fuels.

As work progressed, Building NX became an example of how a holistic approach to sustainability can succeed. Industry and associations began to take notice - and express their appreciation.

A year after work began on Building NX, it became the first retrofit to achieve a Zero Carbon Building (ZCB)– Design certification from the Canada Green Building Council (CaGBC). A zero-carbon building is highly energy-efficient and offsets its annual carbon emissions by using clean, renewable energy.

The certification reflects both the challenge of overhauling an existing building and the positive impact Humber’s actions will have on future projects.

The retrofit became an example of the college’s lofty sustainability goals and leadership. 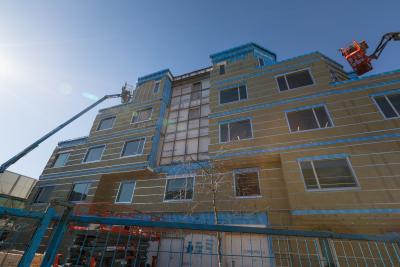 The awards recognized Humber and its partners on the project with the Consulting Engineers of Ontario (CEO) 2020 Award of Merit in the Building, Engineering and Science category.

More impressive still, Building NX earned a special achievement award for environmental Stewardship, the Tree for Life Award. It is presented each year for innovative, forward-thinking and sustainable projects.

Humber and its partners’ leadership in achieving net-zero on an existing building stood out to the judges when they were deliberating. 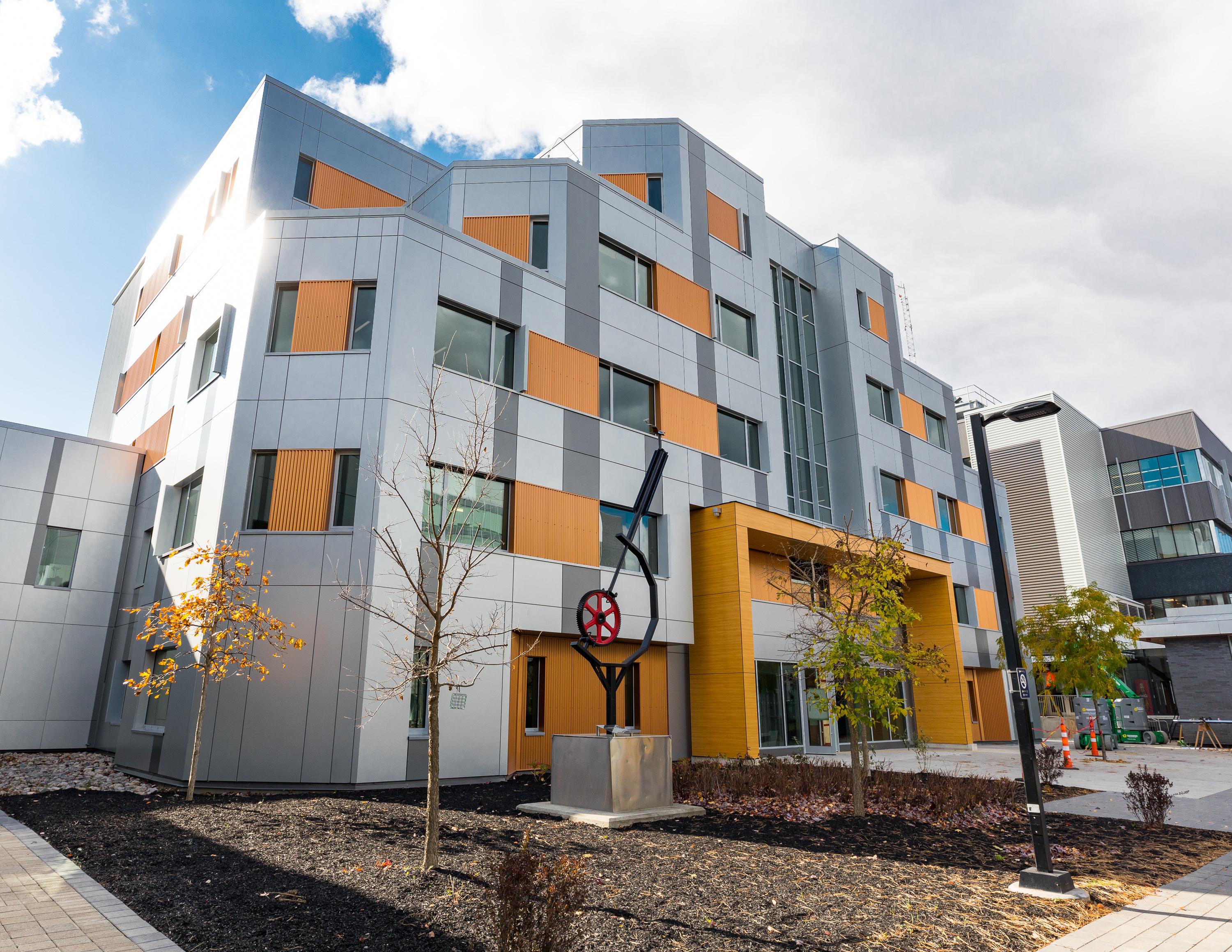 In addition, Building NX was highlighted in the 2020 Sustainable Campus Index from The Association for the Advancement of Sustainability in Higher Education.

The work continues. Building NX is on track to achieve the first Passive House EnerPHit Certification for a non-residential building in Canada, one of the most stringent energy efficiency standards in the world.

Humber’s Integrated Energy Master Plan is holistic and addresses markers of sustainability beyond awards and accolades. Its goals include cutting energy and water use in half by 2034 and reducing the college’s greenhouse gas (GHG) emissions by 30 per cent.

The strategy has already positioned Humber as a leader in sustainability among other institutions around the world.

Chill, It’s All Good! How to Manage Your Stress

Putting Humber on the map