New graduates Mariana Duarte and James Lee capped off their third year in the program with a win in the Small Building Group category for Breezeway House.

The project would be built to surpass the 2030 GHG emissions targets and uses a variety of energy efficient strategies to obtain net zero carbon emissions.

“We were really excited to do it. It’s kind of a new concept,” said Duarte

“It was really intense but super gratifying.” 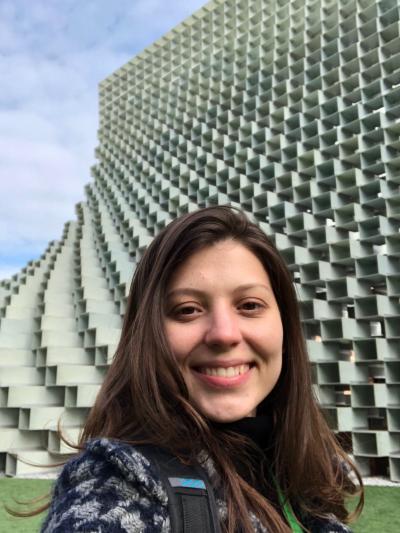 Duarte and Lee’s professors warned them that the competition would be hard work, but that it would be a good way to “go deep” into their studies, she said.

Duarte is an international student from Brazil. She chose to study at Humber College to learn about how houses are built in Canada and deepen her knowledge of the industry.

“The project opened my mind and I am now more attune to the way we’re building our cities,” she said.

The building was designed to respect the heritage of its surroundings in Caledon. She created her submission with sustainability and human well-being in mind.

Both Alton Mills Arts Centre and Breezeway House projects were completed after the Winter 2020 semester ended.

“I felt a huge responsibility to continue and complete the project,” said Choi

“Becoming a Humber College representative is a meaningful opportunity for me.”

She is grateful her work has reached a large audience of peers and potential future employers. 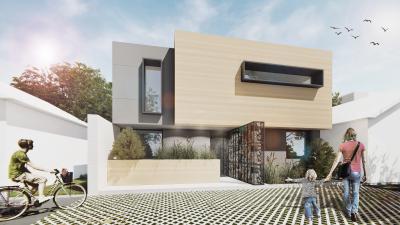 Proffesors Anais Deragopian and Julian Lum-Smith were there to guide Duarte, Lee and Choi through the rigorous project development process.

Also Yuri Sura is one of the professors who taught Eunbi Choi.

Lum-Smith teaches part time and, as a student, won OAAAS recognition himself.

The advanced diploma program has two options for capstone projects. Students can complete two special projects – one each semester – or one large thesis project which they work on for two semesters. Most students choose the latter.

“We work on designs up front with some of the working drawings, early-stage floorplans, elevations. Second semester we’re often working on technical details and how the building is going to be put together,” said Lum-Smith.

The process includes extensive research which includes finding the materials needed and ensuring that they are available to the potential builders.

Lum-Smith and Deragopian connected with the students chosen for the competition every week after the semester ended.

They note that program coordinator Michael Guido, the lead instructor for Duarte and Lee's win, was integral to the success of the project. Choi was helped epsecially  by professor Yuri Sara.

“We all added our own input, sent notes and came back with corrections,” said Deragopian.

Every year, the OAAAS-affiliated Ontario Association of Architects (OAA) presents the student awards at its annual conference. It is an opportunity to network and market yourself, but this year’s competitors were unable to take advantage of it. The conference was postponed due to COVID-19.

That wasn’t a setback for new graduate and winner Mariana Duarte.

Even though she didn’t have a chance to present her project, she was able to successfully market herself and recently secured employment in the sector, doing what she loves – rethinking the way we build.

Another strong showing for Humber at Skills Canada Competition