Students in Humber College’s Bachelor of Journalism program are engaged in storytelling and critical thinking from their very first day on the Humber Lakeshore campus in Etobicoke.

The intensity of the program helps prepare the new journalists for jobs in newsrooms in Canada and abroad. According to the program’s coordinator, most of the students are already passionate about the news and how it contributes to the daily function of society.

“Our practice as journalists – it's not detachable from ourselves as people,” said Thaïs Grandisoli, an International student from Brazil in her third year of the degree program.

“I’ve always felt that connection to things going on in the world that affect us not only on an individual level but on a collective level.”

Grandisoli and her peers had access to the Internet when they were very young. If they wanted to explore the world, they could do so from their bedrooms.

But you can’t trust everything you read online.

There have always been stories that haven’t been fact-checked, or includes interviews from unreliable sources, but in times of great change like this one, those missteps can be dangerous and spread misinformation.

It has also become easier to spread conspiracy theories and all-out lies. Journalistic integrity is more important than ever.

Humber’s Bachelor of Journalism degree gives students access to respected and experienced faculty who teach them basic principles, like collecting information, fact-checking a source and investigating the underlying survey instrument when they use facts, figures or statistics to get their feet wet.

Then, they begin a deep dive into the world of journalism and storytelling.

Breaking it down for the public 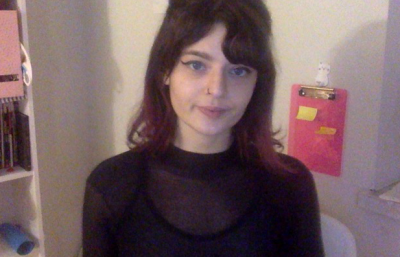 Program coordinator Dan Rowe has a unique understanding of journalism. He established himself as a writer at various publications before deciding to study the craft in academia. He has been teaching at Humber College for a decade.

Rowe describes one of the functions of journalism as the “sense-making function.”

Analysis of current events is a service many people rely on when they consume news. Journalists must break down current events and trends for the public, even though the journalists themselves are only just learning about it.

“No matter where you are, you’re going to have to learn about shorting stocks and GameStop. There are more advanced analytics there that you need to understand.” he said, referring to the events of January 2021, when a coordinated effort by a group on Reddit singled out the video game company GameStop and skyrocketed the price of its shares, affecting powerful hedge funds.

Rowe notes that it is important for students to get to know and feel comfortable with data, numbers and helpful tools before they enter the field.

Brazilian-born third-year Grandisoli developed a point of view and understanding of the function of journalism even before she applied to Humber College.

Brazil experienced a wave of protests in 2013, at a time when she says homophobia, racism and misogyny were strong in the country, including in the media.

“It started as people pushing for change. Things have started to change since the new administration, because the protests highlighted all those problems,” she said.

“I started thinking about journalism as one of the most important professions today. I saw the impact of this information.”

Grandisoli’s family wasn’t as open-minded as she was, so she armed herself with enough knowledge to debate them. She has since made a commitment to learning more and developing her understanding of other parts of the world.

Believing in the strength and importance of a story is important for journalists, because they have to convince the audience to read or consume it.

“Our program emphasizes that you care about the story you’re working on. How do you make the world care? That’s where reporting techniques extend beyond data analysis,” said Rowe.

“It’s not just drawing attention, but then shaping the debate and discourse.”

A common practice in community journalism is to interview the mayor, the chief of police or MP. Rowe suggests his students think more broadly and seek other voices, like faith leaders, grassroots workers and activists, especially when reporting on an under-represented or persecuted community.

“What are the voices that should be heard in a story? From the earliest point in the program, we have an assignment where we say, ‘If you were plopped into a community you know nothing about, who are the people you need to talk to or need to know?’”

Humber aims to prepare journalism students for a career in a sector where they will encounter resistance, public criticism and more, according to Rowe.

“Increasingly, that risk is not just elsewhere. We’re seeing it right now with whistle blowers and people being quoted in the media about Ontario’s response to the pandemic,” he said.

“But the students come in with an inherent desire to be journalists and are committed to the work. They’re not in it to get rich our famous. They’re in it to tell stories, speak truth to power, and they see journalism as a way to do that.”

Chill, It’s All Good: How to Manage your Stress