A Humber College graduate has returned home from the 2022 Culinary World Cup in Luxembourg as a gold and silver medalist with Junior Culinary Team Canada.

Daniel Calabrese, who graduated from Humber’s Culinary Management program in 2018, is savouring victory after his team won gold in the Chefs Table on Fire division and silver in the Hot Kitchen division.

The former involved the team cooking dishes for a dozen people, including canapes, seafood tureens, a show platter, main and a dessert. The latter had the team feeding 70 people a three-course meal.

“It was exhilarating to compete and it was such an amazing feeling to walk out of that kitchen knowing what we had accomplished,” said Calabrese, who serves as a team captain. “I’m proud of our team.” 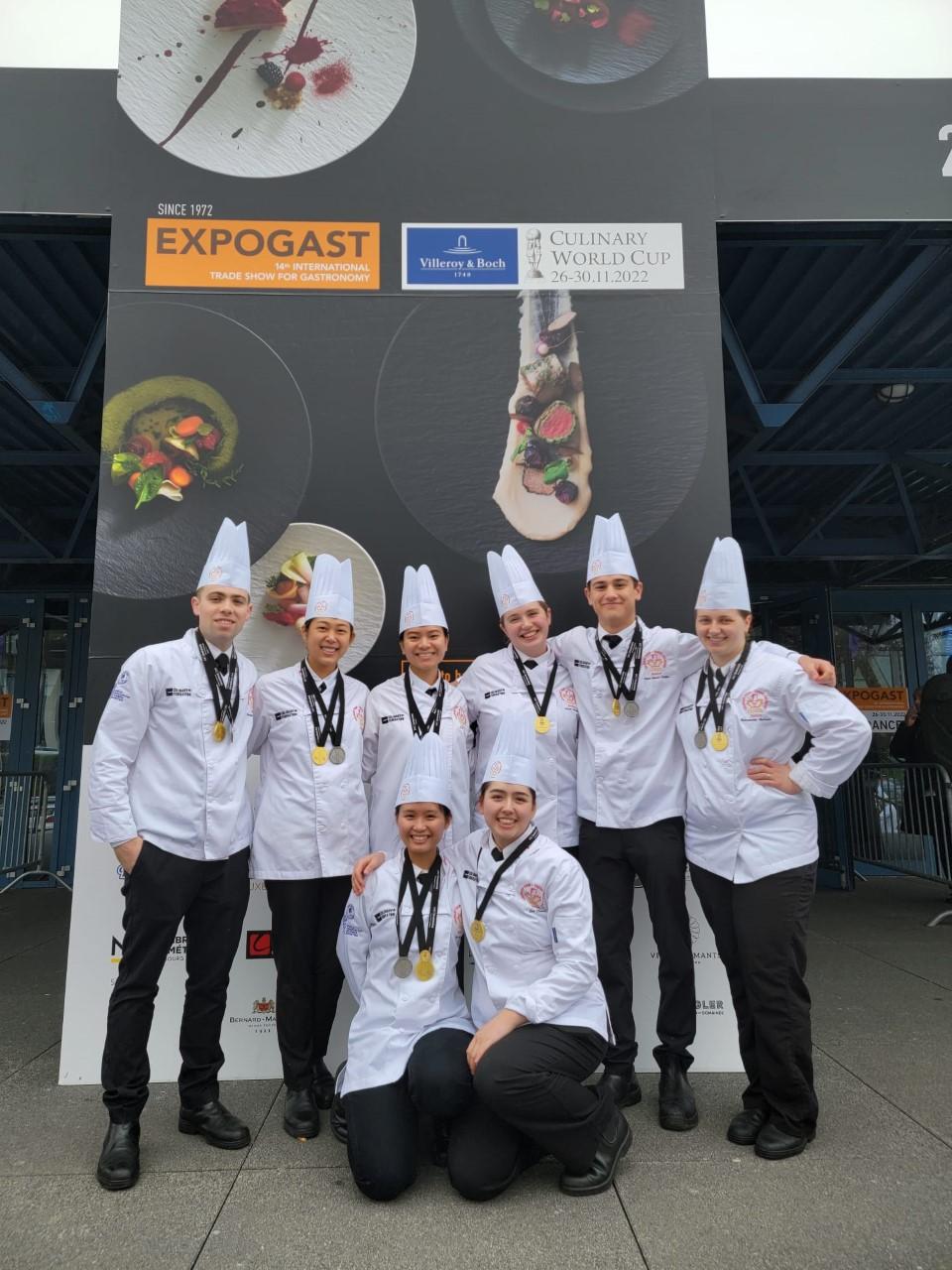 His first introduction to competitive cooking came at Humber when he competed in the Iron Chef Culinary Competition. Calabrese joked that he had “no clue” what he was doing in it but found that he really enjoyed the experience of coming up with a menu and dishes in a limited amount of time.

While in high school in Brampton, Calabrese excelled at the subject of cooking. Family gatherings in his self-professed “big Italian family” have revolved around a meal so cooking and food have been a large part of his life since a young age.

After graduating from high school, Calabrese started working at his hometown Aria Bistro & Lounge. He spent four years there before deciding he had more to learn and he enrolled at Humber.

“I found a lot of value in the program from start to finish,” said Calabrese. “It was very hands-on and had a good balance of the theory and the practical. I was able to take what I learned in the classroom and go into the kitchen and put it to use.”

Following graduation, he moved up the ranks to become a sous chef at Aria before joining the team at Amica Peel Village, a retirement and assisted living facility. While there, he continued to develop his skills under chef Ryan Collie and former Culinary Team Canada member and sous chef Ian Fletcher.

It was Fletcher who told Calabrese about the Junior Culinary team and encouraged him to consider trying out.

Calabrese has since joined The King Edward Hotel in Toronto as its demi chef de parti. He also has earned his Red Seal designation.

Up next for the team is the 2024 World Culinary Olympics in Stuttgart, Germany. Unfortunately, Calabrese will no longer be eligible to compete on the team due to his age, however, he’s going to continue to support the team and help prepare them for the competition.