On March 10, project partners from Canada and Kenya came together online to celebrate the completion of the Kenya Education for Employment Program (KEFEP-02), a five-year, $1.7 million initiative funded by Global Affairs Canada, through Colleges and Institutes Canada. The partnership consisted of three National Kenyan Polytechnics and three Canadian institutions led by Humber College.

“We shall forever remember KEFEP,” said Madame Catherine Kelonye, principal of Kisumu National Polytechnic. “It is not only [Kisumu] that has benefited, I believe the fruits of KEFEP have gone far and wide and has made positive impacts on the entire nation.” 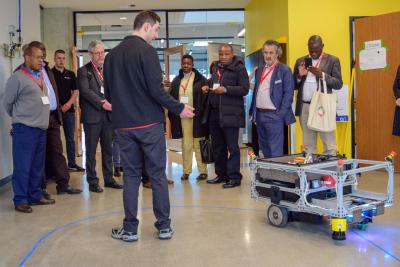 Training for the future

Through KEFEP, the Kenyan institutions launched industry-responsive skills training programs in Industrial Plant Operations and Maintenance, Solar Photovoltaic, and Building Artisan at the Kenyan institutes. The partnership resulted in more than 100 hours of technical and pedagogical training and delivered CBET training to more than 200 faculty to equip them with the skills to deliver their lessons in a way that responds to Kenya's new learner-centred education model.

“The Canadian team has moved us to a higher level from where we began,” said Anne Mutsami, vice president, Academic of Sigalagala National Polytechnic.

An additional investment of $1.5 million provided the institutes with modern equipment to complement the new programs. Modelling Humber’s future thinking approach, Kisumu National Polytechnic now has a steam boiler turbine training plant - a first of its kind in the country. This plant was designed to provide hands-on advanced manufacturing and automation training to prepare Kenyan youth with the industry 4.0 skills necessary to succeed in an evolving economy.

"Projects are about people and relationships,” says Nalini Andrade, manager of Humber’s International Development Institute. “Together we have advanced the United Nation’s Sustainable Development Goals and contributed to Kenya's economy." 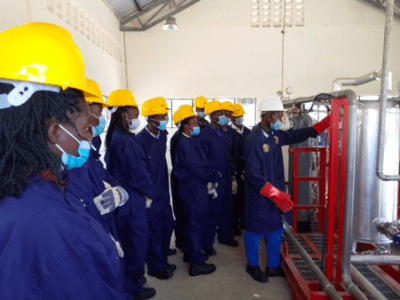 The project also saw the inclusion of important thematic components in its programs, including gender mainstreaming, environmental sustainability and applied research. The institutes saw significant impacts across these three areas, especially in creating a safe, gender-responsive learning environment on campus, which has lowered barriers for female students to access and complete their TVET education.

Today, the institutions have policies to protect female students and staff and gender training for faculty that challenges mindsets and preconceptions about female learners to create a culture of gender inclusion and equity. As a result, programs have seen more women joining traditionally male-dominated fields, such as engineering, and vice versa, there has been an increase in the number of men joining traditionally women-dominated fields such as beauty therapy and hairdressing.

For Steven Smith, the Global Affairs Canada officer in charge of KEFEP, what caught his attention was the new breastfeeding facility at Sigalagala National Polytechnic, as it supports Canada's Feminist International Policy. "We've been very pleased to see the progress that the project has made, particularly when it comes to the gender agenda at partner institutions," he said about the space, which provides young mothers access to services to continue their education.

Through this project, the Kenyan national polytechnics have also implemented environmentally sustainable practices to offset climate change and improve environmental awareness on campus, fostering a culture of environmental conservation and stewardship. The institutions scanned the campuses to determine areas of need, resulting in increased catchment facilities on roofs for rainwater harvesting and reduced soil erosion by installing cabro block roadways. The three polytechnics have also identified sustainable landscaping practices and engaged with the environmental student clubs to create green corners on campus to increase plant production, gardening and environmental awareness.

The Water Hyacinth Combine Harvester, one of KEFEP-02's applied research projects, will clear waterways from Lake Victoria's invasive water hyacinth weed. The project became an opportunity for Kenyan students across different disciplines to use their skills in a hands-on environment through welding, fabrication, wiring, chemical testing, plumbing, automation and painting.

"This experience has propelled me to where I am now," said Manasse Amisi Ranyuongi, one of the students who worked on the harvester. "This partnership has benefited many students, including myself, and the students to come to face community problems."

The Kenyan and Canadian staff partnerships led to resilience and a spirit of innovation and excellence, said Tom Tunney, manager of operations from Caribbean and Anglophone Africa. "The secret ingredient exemplified by KEFEP-02 is that this is not simply a consultancy with a list to get things done - these are true partnerships, where peers come together to achieve a common goal, to share, to learn from each other. That's at the heart of change when it happens."