For the 2020 competition in Stuttgart, Germany each national team was required to display each edible dish as if it were to be photographed.

The most important criteria, though, is the taste.

"You have to make sure everything is pristine. You're judged on your mise en place in the kitchen," said Stefanie Francavilla, the Canadian Junior Culinary Team Pasty Chef. 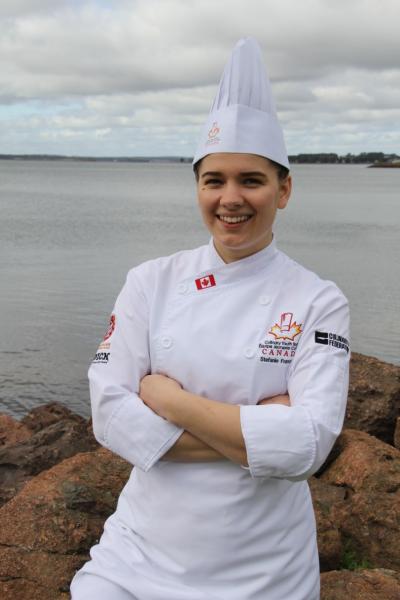 Mise en place refers to having all your ingredients cut, measured, and prepared in seperate bowls or plates, ready to be combined.

Francavilla won gold at the 2018 at the Skills Canada national championships. One year later, she lost the face-off against the 2019 champion - a match that qualifies the winner for World Skills.

But the junior Culinary Olympics team was scouting at the event and she was asked to join the team.

The 21-year-old's journey began at Humber College, where she learned the business and developed a remarkable work ethic.

Not your grandmother's apple pie

Francavilla touched down in Stuttgart with strep throat. After a few days, a doctor was called to her hotel room to help. She was soon well enough to turn her focus to the Olympics.

The team trained together at Holland College in Charlottetown, PEI, logging eight-hour days instead of the usual "noon to midnight" schedule Francavilla says she would have to work otherwise.

"In Charlottetown we were able to prep for competition in one day but ouside of your home country, we needed to test the ingredients," she said

"Eggs, flour, butter - they're all different over there." 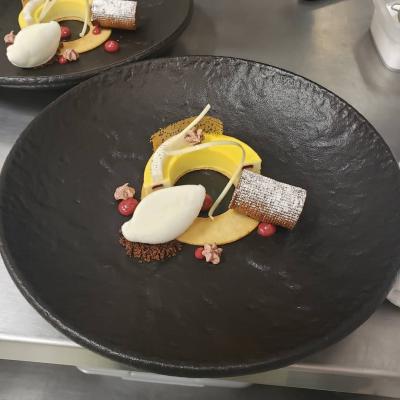 Team Canada had three days to prepare for two days of competition.

The junior national teams compete in two disciplines - a buffet for 12 and a sit-down service for 60 people.

For the buffet, she prepared white chocolate mousse with lemon curd and raspberry jelly, a ginger cookie, vanilla coconut pannacota with raspberry meringue, lime sorbet and a small cream puff with orange filling.

All on one plate.

"We try to have hot, frozen and a room temperature [dessert with] different textures as well."

A headstart at Humber

Francavilla lives by the words "whatever you put in is what you get out of it," and it shows.

Throughout her two-year program she was in the culinary labs at least three days a week and signed up for as many opportunities as she could, outside of class.

She credits her "awesome teachers," excellent facilities, and her long hours in the kitchen for much of her success upon graduation. 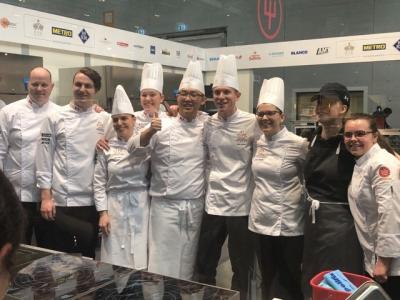 Humber College also covered her food costs while she was training for her first skills competition.

"I've been able to get practice in development," she said. "Most often you're fresh out of school [and] you work under people until you're able to get to that point."

Francavilla has a job waiting for her in a professional kitchen and she will be a step ahead when she gets there.