Humber College alumni Mark Cameron has dedicated his life to helping others and can now add a Premier’s Award to his list of accolades.

Cameron, who graduated from Humber’s Primary Care Paramedic program in 1989, is a recipient of a 2022 Premier’s Award.

The awards are given out annually to college graduates from across the province in recognition of outstanding accomplishments. Both the winners and the nominees have attained professional success after graduation while being actively involved in the community.

“This award means an awful lot to me as it was my college that put my name forward for it,” said Cameron. “If anyone asks where I went to school, I always say Humber. It’s a special school and a special place for me.”

“Humber has, hands down, one of the best paramedic programs in the world,” he continued. 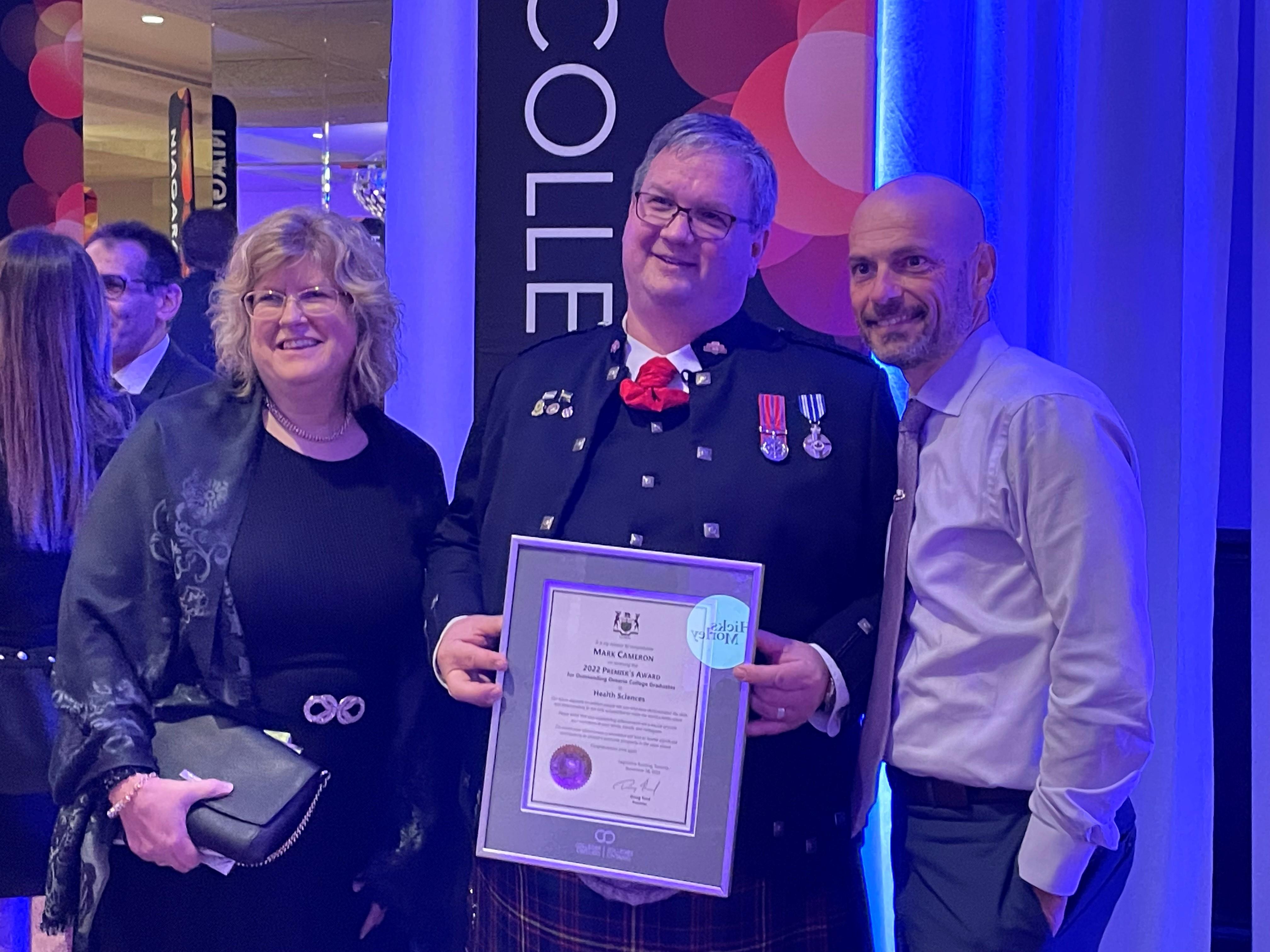 Cameron spent more than three decades working as a paramedic with Peterborough Emergency Medical Services and in his hometown of Hastings, as well as Hastings County. He’s also the program lead for the Pediatric Advanced Life Support course offered by Sunnybrook Health Sciences Centre and a graduate of the Harvard Program in Refugee Trauma.

Cameron is the co-founder and co-president of the Canadian International Medical Relief Organization (CIMRO), an organization that provides medical supplies and training in Syria. Workers with the organization have administered polio vaccines to more than 1.4 million children in the country.

The organization also monitors and reports on infectious disease in the region and trains frontline health-care providers in battlefield medicine.

He, along with CIMRO co-founders Dr. Khaled Almilaji and Dr. Jay Dahman, received a Meritorious Service Medal in 2017 for their work with the organization.

“Our alumni use their career-focused education to lead when it matters most,” said Ann Marie Vaughan, president and CEO, Humber College. “Mark Cameron has touched the lives of many in our local communities and across the globe during times of crisis. Through his work and dedication to helping those most vulnerable, he has become an inspiration to our Humber community and beyond.”

Back in 2011, Cameron and Dahman were watching the news on television that was covering the war in Syria. Dahman, who attended medical school in Damascus, wanted to go back to help. Within days, the two were in the country providing medical care.

Cameron said CIMRO goes where it’s needed and, as an apolitical entity, will help whoever requires aid.

“On these trips, there are no enemies, there are patients. CIRMO is about humanity for all,” said Cameron.

In 2014, Cameron was also honoured with a Medal of Bravery for helping rescue a child whose foot had become trapped in a piece of farm machinery near Havelock.

Cameron’s humanitarian work has been recognized by the United Nations, the World Health Organization and the Canadian and British governments. He has also worked in Ukraine to assist in providing lifesaving care for orphaned children.

During his acceptance speech, Cameron said he’s a small-town guy at heart and wasn’t initially sure he wanted to come to Toronto to attend Humber. But, he’s glad he did.

“Humber very much became a home to me,” said Cameron. “I love the place very, very dearly.”