Jaime Vieira is led by her passion for athletics, and it’s propelled her to success as an athlete, coach and community builder.

The University of Guelph-Humber grad has loved softball since she was a child. At 16, an injury took her off the field as an athlete, but she remained dedicated to the sport.

When Vieira enrolled in the Kinesiology program at UofGH, she immediately signed up to be a work-study student with Humber Athletics.

After a year working with other passionate athletes in that environment, she had a realization.

“I thought, ‘you know what? I need to get back on the diamond,’” said Vieira.

She tried out for the softball team as a sophomore and made it.

“I played my second, third and fourth year of school. Then [head coach] Duane Bowles asked me to join his staff, and it’s been him, a few coaches and me for the last six years, including this past season,” said Vieira.

After completing her degree, she discovered a love of research, leading her to pursue post-graduate studies in science and, most recently, a Ph.D. researching softball swings.

Vieira is a star academic, but memories of those days on the diamond loomed large, and she recently transitioned again, back to the world of high-performance sport.

She's in a supporting role, but Vieira's latest accomplishment has her in the spotlight again. The Toronto Blue Jays just hired her as a minor-league coach.

The hire is groundbreaking. Vieira is the first-ever female coach in the Jays organization. 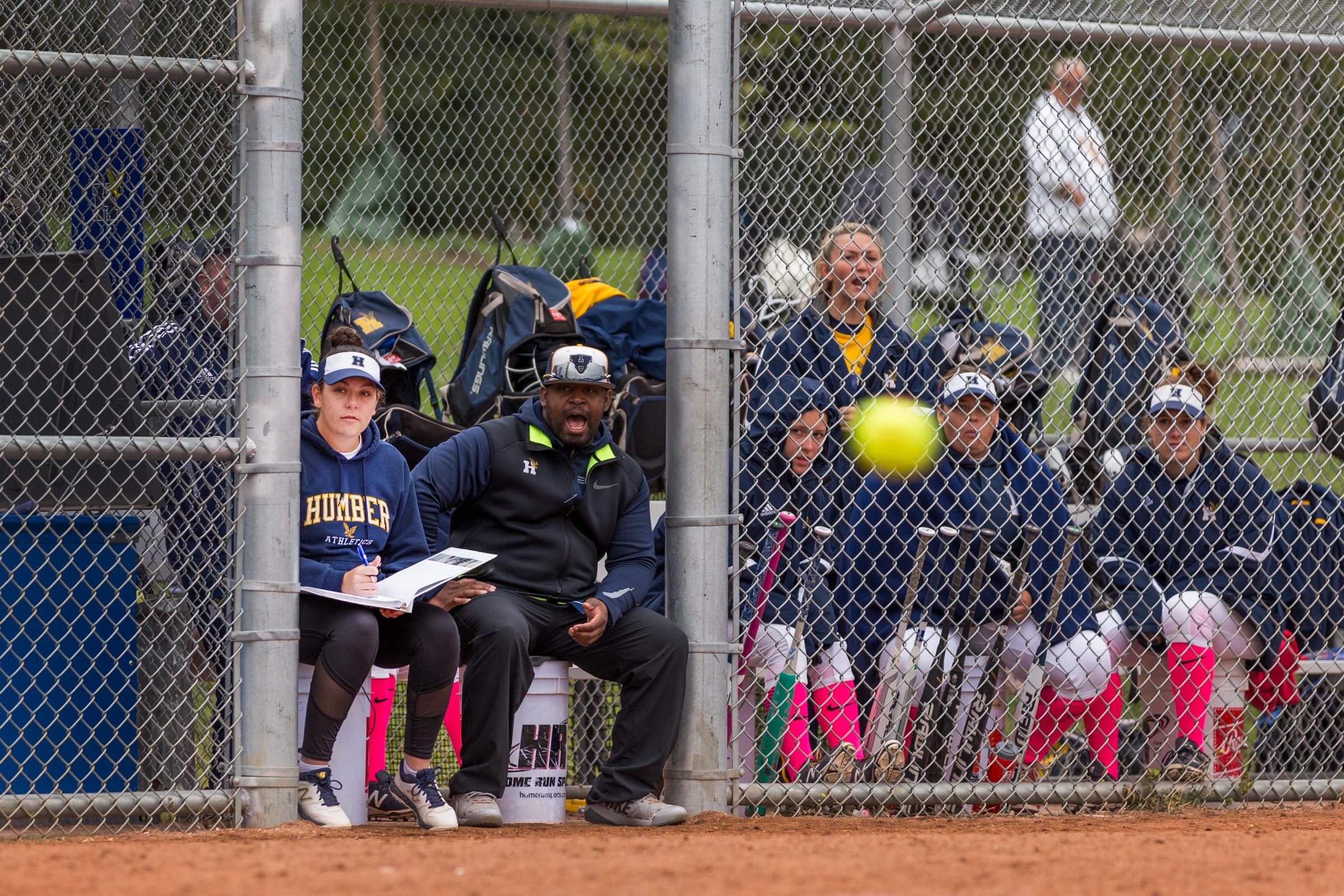 Vieira was a huge Jays fan growing up in Georgetown, Ontario, and found her way to the team through its charitable arm, Jays Care Foundation. She worked as a program coordinator, building programs for young people across Canada who have barriers to accessing sport.

The work allowed her to network within the organization, learn about baseball operations and transition through various roles, eventually working as a programs specialist.

“It was a lot of administrative work, travelling across Canada to help coaches, running different programs with the outcome being youth using baseball as a vehicle for change,” said Vieira.

In 2021, she worked as a baseball operations intern preparing the team for the 2021 draft.

This year, she’ll be managing an entire minor-league staff.

Vieira’s prepared to work hard for the iconic Canadian team and says she learned from the best.

“At Humber, the time commitment and passion are incredible, and it’s everyone who works in Athletics, every coach, every support staff,” she said.

“It’s a program like none other in Canada, and some US colleges can’t even keep up with the resources they have to be competitive on the field and in the classroom as well.”