Saxophonist and composer Jesse Ryan is exploring Tambrin, traditional folk music from his native Trinidad and Tobago. His latest album, Bridges, combines his jazz background with the drumming and dance of the music he’s discovering.

“I am trying to find my own ancestral DNA through that music,” he said.

His unique perspective and musical upbringing have been key in his success – and helped him to win the Toronto Arts Foundation’s Emerging Jazz Artist Award in September.

Ryan is an alumnus of the Bachelor of Music program at Humber College. 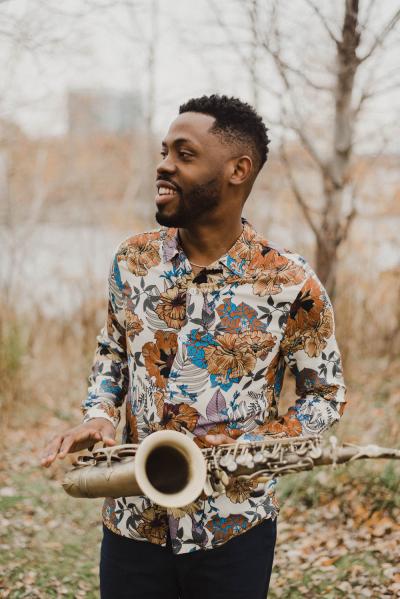 He enrolled after a year of study at Berklee College where he had a scholarship. Coming from the Caribbean, he had to pay high international student fees and couldn’t afford to finish his degree at Berklee.

“I started looking at places where I could work and study. While I was doing that, I found out that a friend of mine was friends with Larnell Lewis, a faculty member at Humber,” said Ryan.

“He had travelled to Trinidad a few times to play jazz festivals. I had the opportunity to meet him and hear him play. When I found out he was teaching at Humber, I was sold at that moment.”

He researched the program further and discovered that he was familiar with many of the faculty – who are all working musicians.

“I call them ‘teachers’ but I should really say ‘players.’ I was searching to see what the Toronto jazz scene was like,” he said.

Soon, even before graduation, he would be part of that scene himself.

Ryan knew what he wanted out of the Bachelor of Music program when get came to Humber at 24. He had been studying music at college for a few years, but he had never received the same mentorship and instruction his peers had experienced.

“Some of the students had really intentional mentorship for five or six years. I didn’t grow up playing jazz. I started at nineteen,” he said.

He was reassured on his first day of classes when he met a faculty member who already knew his name.

“He was meeting with all the new students and he was really warm. He said to me ‘Are you Jesse?’ and he thanked me for sending in my audition tape. He remembered me, so right away there was a sense of community.”

‘Everyone walks the walk’ 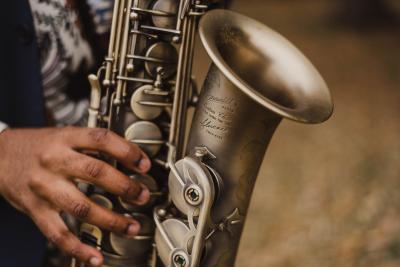 When he started at Humber, he soon met Andrew Scott, a well-known guitarist and composer.

Scott was also the acting program co-ordinator and academic advisor at the time.

“I’m proud of Jesse and I think he’s a talented cat,” said Scott, now associate dean of the Faculty of Media & Creative Arts.

The faculty is known to produce high-quality jazz musicians like Scott himself, who graduated from the diploma program in the mid-90s.

“In many cases, from support staff to faculty to administration, there are musicians and people from that community at Humber. They’re all part of the ecosystem and the College. They walk the walk,” he said.

Ryan’s training at Humber allowed him to take advantage of those connections and the performance opportunities that they offered.

He also took courses in production, music technology and business.

“It’s a hard industry and you have to promote yourself. You have to understand all the aspects that go into making someone a well-rounded musician,” said Scott.

He recently registered his business, FWÉ Culture, which is an umbrella for his musical and creative projects and services, work as a recording artist and producer, and his graphic design work.

He is, however, happy to reminisce and share his experience at Humber College.

“Even now, it's an extension of the music scene in Toronto. I feel the same sense of community and encouragement as I had at Humber," he said.

Jesse Ryan’s album, Bridges, will be released this Fall.