For filmmaker Jacob Rogers – and many others in the Toronto art community – Nuit Blanche is a big deal.

Rogers is part of Humber’s Indigenous Transmedia Fellowship (ITF), which brings together five Indigenous students from various disciplines across the College to create a transmedia work.

Rogers was the only Fellow who had experience on set as a Film and Television Production student, but the group decided to challenge themselves and produce a short art-house film about Indigenous identity.

“We knew we’d be pitching it to Nuit Blanche, but I didn’t think it would be likely that we’d get in. I was proud of the work, but I wasn’t sure,” he said.

They were called into a meeting with their mentors and received the news their film, Native Enough, had been accepted into the exhibition.

“I’m just awestruck, thinking ‘Wow, we did that!’”

The launch of Native Enough is just one of several Humber College projects that will be featured on October 3.

Nuit Blanche, which has gone all virtual this year, is recognizing Humber as a major institution this year and each of the projects will be hosted on the Humber Galleries website. The college is hosting four projects in addition to the ITF submission.

The pieces will be available for viewing for 12 hours starting at 7 p.m.

Humber’s Lakeshore campus was originally one of two primary Nuit Blanche locations in Etobicoke. The celebration typically changes locations every two years and 2020 focused on the city’s West end.

Humber’s new Cultural Hub, though currently under construction at the Lakeshore campus, has the potential to host major future exhibitions like Nuit Blanche. It will also facilitate the growth of the creative community beyond downtown.

The Cultural Hub is in line with a larger, more overarching creative focus at Humber.

The community is developing the idea of campus as canvas, taking art outside of the gallery space.

“You’re using the space as a place to see your identity reflected, to celebrate. To feel pride and de-other by building community with other people,” said Jennifer Gordon, director of the Centre for Creative Business Innovation, housed within the Cultural Hub.

“The Cultural Hub is anchoring its roots right now as we strengthen and showcase  what’s currently happening with campus culture. For now, we’re amplifying that in a digital way,” she said.

The Hub will feature studios and performance spaces for Humber and the wider community once it is built. For updates and announcements on the Cultural Hub, email culturalhub@humber.ca. 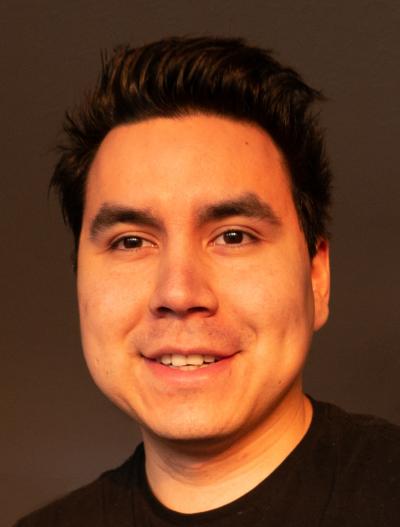 Gordon was a mentor to the Indigenous Transmedia Fellows, along with Sage Petahtegoose, Humber graduate and Creative Producer for ITF 2020, and Regina Hartwick, Associate Dean of Indigenous Education & Engagement.

They helped the Fellows gain the confidence to execute a project they were proud of.

“We brought in mentors from the broader visual arts field who spoke with them over the summer about seeing themselves as scholars, as artists and as individuals who were involved in making a piece of research-creation,” said Gordon.

The Nuit Blanche admission was both a surprise and an affirmation of the group’s talent.

“It’s hard to find the words for it. I’m beyond thrilled with what they’ve done and I’m so excited for them,” she said.

The film itself is also hard to describe, though the intention behind it is not.

“The idea kept coming up - what does it mean to be Indigenous? There’s a certain level of classicism in communities over who is or isn’t Indigenous, and the idea that people can be more Indigenous than others,” said Rogers.

“It’s a bit of a darker mood. There’s lots of footage of their faces, thinking about where they fit into the pictures we show them,” he said.

On October 3, for the first time, a digital audience will also get to experience the Fellows’ exploration of identity.

Native Enough is also expected to have a second Humber-specific launch  later this fall.