Birch Bark Coffee Company is an Indigenous-owned and run business and its coffee is now being served in the Street Café and Staff Lounge at North Campus and at all catered events at Lakeshore and North campuses. It was served for the first time at Humber at the President’s Breakfast in late August.

Supporting an Indigenous-owned and operated company aligns with Humber’s values and Walker said serving Birch Bark was a small but tangible way for the college to do so.

Birch Bark also provides assistance to the Indigenous community as it takes a portion of proceeds from every bag of coffee sold and puts it towards the purchase of a Belkraft water purification unit for Indigenous peoples living in communities still under boil water advisories.

“Every cup of Birch Bark Coffee is making a difference in the lives of Indigenous people across Canada,” said Phillips.

So, how does the coffee taste? If you ask Walker, pretty darn good.

“It’s delicious and when I do have a coffee on campus, Birch Bark is the one I get,” said Walker. “I’ve heard a lot of positive things from people about it.” 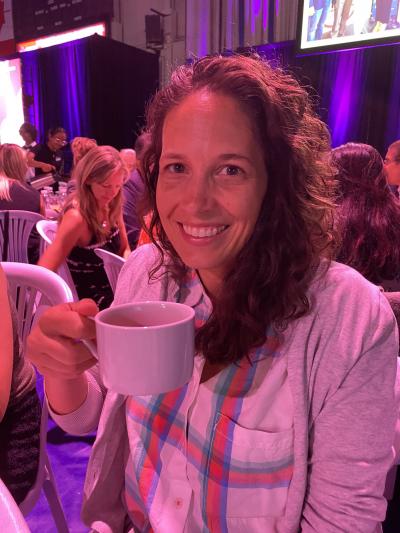 The coffee is fair trade, which aligns with Humber’s Fair Trade Campus Designation. The designation commits the campus to supporting the goals of the fair trade movement in specific areas including ensuring that agricultural producers in developing countries receive an equitable share of the profits from the sale of their goods.

“Supporting fair trade is a great example of how sustainability is not just about recycling and energy and waste,” said Walker. “It's about supporting our communities and buying in a way that’s environmentally, economically and socially sustainable for the people who grow our food.”

Another benefit to having Indigenous-owned and run companies supplying campus is the sense of belonging it can promote among Humber’s Indigenous community, said Walker.

Ensuring the college’s food options are reflective of Humber’s diverse population is important and Walker said the college is currently working on a food strategy that will speak to that diversity. Student Support and Engagement, Food Services, Ignite and the Office of Sustainability are involved. Walker says in the coming months, the working group will be reaching out to the college’s community to hear from them about what they want on campus when it comes to food.