Jessica Rotolo is a dynamo. Her resume takes up several pages, but somehow, she still feels she has something to learn.

When she stepped through the doors of Humber College’s North Campus, she wasn’t intimidated, just eager start the Community Integration through Co-operative Education (CICE) program – but first she had to find the classroom. 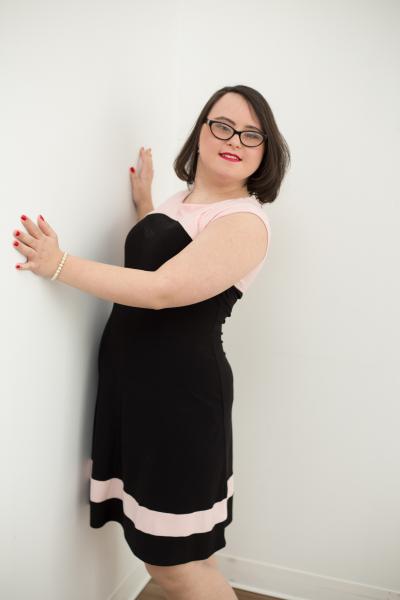 “I learned how to use Campus Compass,” she said, referring to an app that helps the user to navigate Humber’s sometimes complicated campuses.

It was the first of many lessons in independence.

At 22, Rotolo has walked exclusive runways and built an impressive modelling portfolio. She’s been featured in documentaries and news stories and in dramatic productions as an actress.

Rotolo is a a member of the Down Syndrome Association of Toronto and advocates on behalf of people with Down Syndrome. She was born with the chromosomal condition that can affect cognitive ability and development. She leads by example as a woman living a full and public life filled with art, community service and enthusiasm.

The CICE program gives students opportunities to build confidence, leadership skills and independence by getting involved with the Humber community. CICE courses are unique and varied.

“I’m very happy and proud to be a student at Humber. I feel very privileged to have been chosen to be part of this program,” she said.

“I do classes on healthy relationships and sexuality. I took a film elective class, personal development and personal planning strategies.”

She is also taking a makeup application class. Her goal is to study makeup full-time when she graduates from CICE and to enrol in more modeling classes. 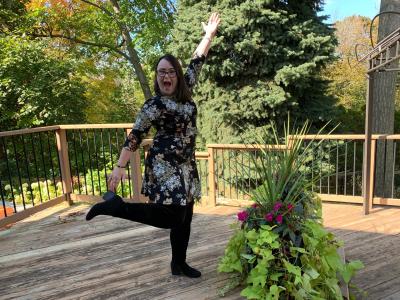 Rotolo was ready to walk the runway in the Fashion Art and Business program’s annual year-end fashion show. The theme was Powerhouse.

Then came COVID-19 and a transition to online and remote learning for Humber College students. For Rotolo and her mother Dorlean Lieghfars-Rotolo it was a disappointment – turned opportunity.

“I was chosen to be one of the models. And then I was part of the digital fashion show,” said Rotolo. 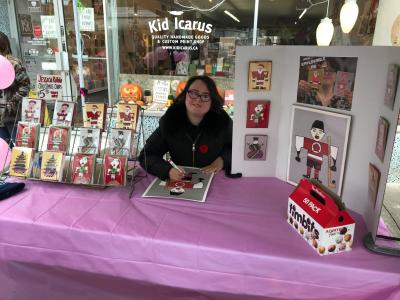 “She was busy with the Humber fashion show.  It was a fabulous diversion,” said Lieghfars-Rotolo.

Rotolo has a business creating heart drawings which she sells at Kensington Market and she was about to release a new collection. She was also about to enter her heart art into Humber's The Great Artsby competition and her pieces were about to be shown as posters at a local hospital. She was to meet with doctors to discuss and present the art to them.

Jessica Rotolo gives to Humber just as much as she gets back. Her first two semesters in the CICE program, she was busy with volunteering, advocacy, and social engagements.

Through CICE, Rotolo worked at the IGNITE office stocking agendas and supporting the office in other ways.

Later in the year, IGNITE supported Rotolo when she decided to set up a table in the Learning Resource Commons to bring awareness to Canadian Downs Syndrome Awareness Week.

“I met so many students and one of them even recognized me from the TV documentary I was on,” she said, referring to the Employable Me project. 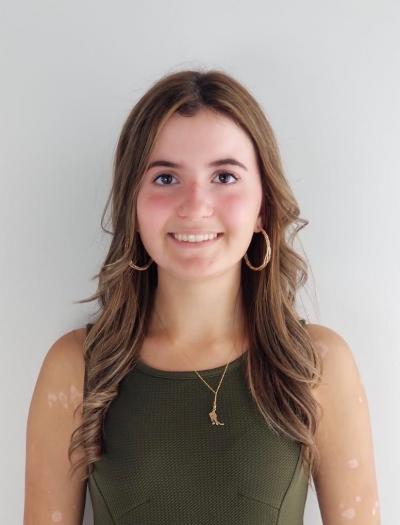 Then, she founded a chapter of Best Buddies with another, normal developing student from the University of Guelph-Humber, Lauren Abela. The non-profit pairs participants with intellectual disabilities with buddies for one-on-one friendships.  Her co-founder had begun the application process when she and Rotolo found each other.

“We shared similar hobbies and interests, including our love for Best Buddies,” said Abela. “Jessica is one of the sweetest people I have met on campus. I’m excited to begin our chapter together.”

Rotolo and her mother could list her accomplishments and initiatives for hours, but Rotolo’s focus often circles back to the people she loves.

“I love all my friends. I even have a couple of friends who went to my high school with me,” she said.

She’s made new friends, of course, many of whom are a little different from her high school pals.

“I think one of the things she likes so much about this is that her high school was an all-girls school,” said her mother. 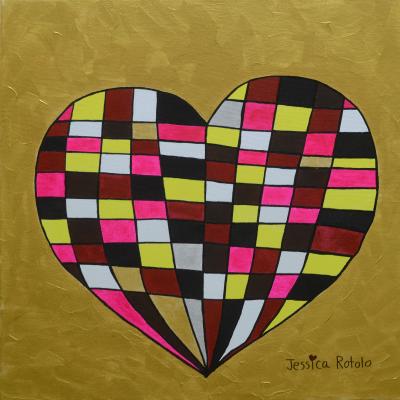 Rotolo’s mother  Lieghfars-Rotolo noticed a change in her daughter a few weeks into the CICE program.

She used to go into the building with Rotolo and her friends to make sure they got to class, but soon her daughter was asking her just drop her off outside the building.

“I think it was a learning curve for us and for the other families because we’re just so used to having to be involved and making decisions and this kind of forced us to say ‘we have to grow up too and we have to learn, too,’” said Lieghfars-Rotolo.

“We have to learn and Jessica has to learn to start taking responsibility for her life, too.”

It is an exhilarating time for Rotolo. She sought the ‘college experience’ and received so much more.

“If you want to go to Humber, just do it!” she said