For the past seven years, Meshanda Phillips has been a student at Humber College and if it were up to her, she would stay at Humber forever.

When she first attended Humber’s North campus in Etobicoke, she was pursuing her Law Clerk diploma. Unfortunately, Phillips couldn’t fulfill the typing efficiency portion of the course. She was a slow typer, but she also didn’t have time to practice. She was struggling in her personal life.

“I had gone through a divorce a few years earlier and was just so used to being a girlfriend, fiancé, wife and mother,” she said.

Fast-forward a few months, and the newly single mother of two young boys was enrolled in a new program with the potential to help her achieve her dreams.

Throughout her childhood in Jamaica, Phillips’ mother struggled to provide for her family. The experience inspired her to pursue a career in the criminal justice sector.

She is a natural helper who wants to use what she has learned in her own life to better the lives of other survivors.

Phillips embarked on a four-year journey to obtain her Bachelor of Social Science in Criminal Justice, this time at the Lakeshore campus.

She was ready to face the challenge but was still unsure of herself and her place at the college. 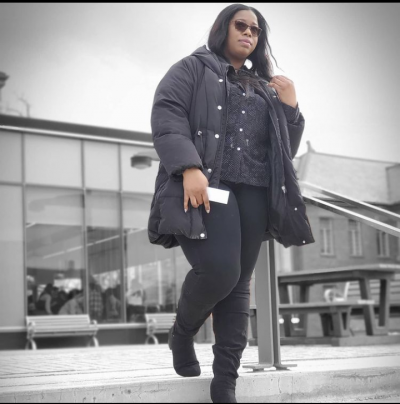 This time, instead of going it alone, she reached out to her program coordinator when she started to feel mounting pressure in her personal life and at school.

“The bills were piling up, I wanted to stay, but I didn’t feel like I belonged. I went to her office and cried. When we were having the conversation, she saw me in a way I never saw myself in a long time,” she said.

“It helped me find myself, because I had professors who believed in me. I always say Humber saved my life, because I didn’t know who I was. It gave me a sense of self-acceptance, helped me understand my worth and helped me realize there is so much potential in me.”

During a class in her second year, Phillips was given a group assignment. They were asked to create a service that exists in another country and modify it to work in the GTA.

They came up with the idea of Cycle Ends Now, a non-profit organization that aims to set up a shelter to help domestic violence survivors – and perpetrators.

“Some people don’t understand why they abuse. There aren’t many facilities for men to go to address these issues,” she said.

Phillips and one of her group partners ran with the idea, and Cycle Ends Now will soon be a registered non-profit.

When she isn’t in class, Phillips is volunteering at other shelters, helping with workshops, free dinners and other events.

“My passion lies in giving back,” she said.

Phillips founded the Mature Student Club at Humber, which held its first event in January 2020. Last month, they hosted a second virtual meeting. The club is a safe and inclusive space for students who are either returning to college after time away, or who are beginning their college journey at a later age.

Phillips worked for three years to bring the club to fruition.

“One of my biggest things is that I’m an advocate for adult learning. For the past few years, I’ve volunteered for almost everything at Humber and got to learn about all these resources, but I realized that not a lot of people know about them,” she said.

Learn more about the initiative at the club’s Instagram page.

Not ready to say goodbye

Phillips helps others not because she knows how to solve their problems, but because she sits in solidarity with them and faces similar issues.

She was recently diagnosed with anxiety.

“I have good days and bad days,” she said.

The COVID-19 pandemic gave her cause to worry, but it has also brought positive changes to her life.

The time in isolation with her boys gave her a chance to reflect on herself and some deep issues she was never able to deal with. She sought help by finding a counselor.

Phillips is now the proud holder of a Bachelor’s degree and has enrolled in yet another program. She is on track to complete her Alternative Dispute Resolution graduate certificate later this year.

“I’m starting to feel like myself again,” she said.

“But honestly, I don’t know how to say goodbye to Humber. My dream would be to get a job here. I’m going to miss my professors. I get so emotional thinking about it!”

Now more confident than ever in her experience and her story, Phillips has begun to share her musings on a personal blog

It’s just another way to welcome her peers into her world in hopes that something will resonate and help them on their own journeys.

An opportunity to thrive