While Humber is focused on 365 days of Black heritage, throughout the month of February, Humber Today will be sharing some stories that highlight Black student achievements and success.

Growing up in Jamaica, Michallia Marks heard all about the traditional careers she might pursue.

“They’re well-known for Black folks, whether they come from the Caribbean or Africa. Lawyer, teacher, doctor, nurse,” said the Humber student, in her final year of a Bachelor of Commerce- Digital Business Management degree at Humber.

She loved to read, but not case studies. She wasn’t interested in sciences. She felt called to teach, but never wanted to use that gift in a traditional classroom.

When it came time to choose a career, she decided to shirk tradition and work in IT. She had a cousin who was an IT professional, and Marks soon found she had a knack for business.

At 16, she pursued an Information Systems associate’s degree at the Moneague College in Jamaica and, upon graduation, set her sights on the rest of the world.

Humber College advertises in Jamaica and Marks’ mother mentioned the school to her daughter after noticing an ad. Marks decided to do some research.

“The first thing that captivated me was that Humber seemed very friendly, very open. There were lots of bright colours on the website,” she said. 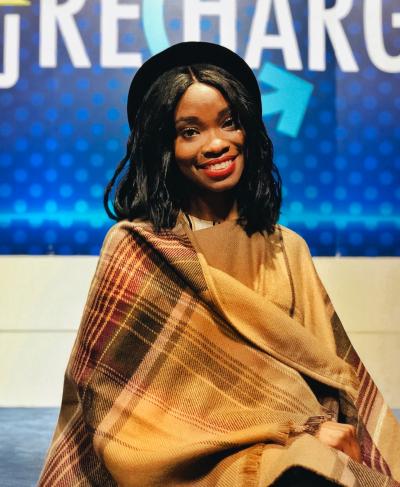 “But also, this being my second degree, I wanted not just the theoretical base but also the practical experience. I realized that at Humber there was an interesting blend of what you’re learning in the classroom and real-world scenarios.”

Soon after, in the winter of 2018, she was taking her first class at Humber  in Etobicoke, Canada.

She was “concerned about Canada in general” because of the adjustment – and the cold. Now in her fourth winter in the country, she is still adjusting to the climate.

Her anxiety about Humber, though, was eased when she got to campus. She saw many departments advertising services – including the Black Academic Success and Engagement (BASE) program.

“I found out more about it and started volunteering there because I like what they’re about – focusing on Black students and ensuring that Black students have a space at the college,” she said.

“Being in a multicultural city, I really value that, but sometimes I want to be with my own people from my own culture and not just because of the colour of my skin. There are certain jokes that only people from my background will get, and I desire that.”

Marks was also intrigued by the many opportunities for personal and professional development at the BASE, including workshops, talks and the general conversations in the office.

She was eventually hired as a special projects assistant and over the next few years, worked her way up to program assistant. During the time she spent welcoming students at the BASE front desk, she made a positive impact.

“I met so many different people from various programs and walks of life. Sometimes we’d have impromptu debates but mostly it was important for people to be able to sit and talk with somebody. Sometimes they share what they’re going through.” 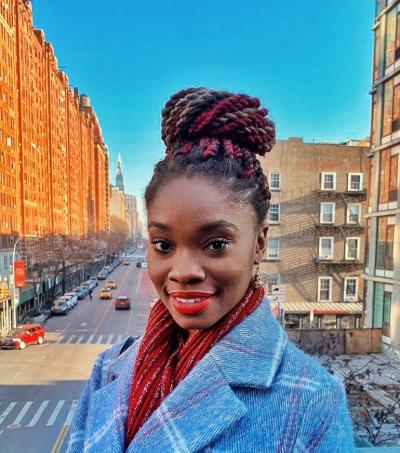 Marks notes that she “selfishly” benefitted from the experience, too. Leadership is one of her core values, something she cultivates through personal development and growth.

To lead, she must be the very best she can be. For Marks, self-improvement is a constant pursuit.

“My word for my life is purpose. It’s important for me to discover my purpose on earth. I’ve been placed here by my Creator, so I am relentless in walking in my purpose,” she said.

By most accounts, Marks is as successful as she is driven. She is about to graduate from her second degree program, is already working in web design and social media management and displayed leadership as a mentor to students at the BASE.

Every year the soon-to-be graduate takes stock of her life and makes a plan to move forward using vision boards.

“It’s important for me to have a vision of whatever I’m pursuing, then figure out what strategies I’m going to put in place to accomplish my goals,” she said.

Obtaining a four-year degree in a new country seemed “so impossible” to Marks just a few years ago. She planned but also had faith that all would work out in her favour.

What’s on the next vision board? She isn’t sure yet. Even leaders need to rest.

Visit Michallia’s website michalliamarks.com to learn more about her work.

Wellness check-in: How to plan for a healthy 2022