Humber's waste bins just weren't reflecting the innovation and effectiveness the college is known for. The red, blue and yellow bins were creating problems for students, staff, and the overall sustainability of Lakeshore and North campuses.

Some people ignored the signs while others found them too hard to read. Still others couldn't understand how to sort their waste.

Humber College students and staff consume 7,000 cups of coffee a day and many of those cups aren't recycled properly, or at all.

"If their coffee cup still has liquid in it in the recycling bin then that entire bage is contaminated and has to go to the landfill," said Fernandes.

Instead of looking for an external solution, he consulted the in-house experts: students.

Catering to the client

The idea to revamp the waste management system came from Set Design students from the Theatre Arts - Production program at Lakeshore campus who noticed the messy, innefective waste bins at their building on Birmingham Street. 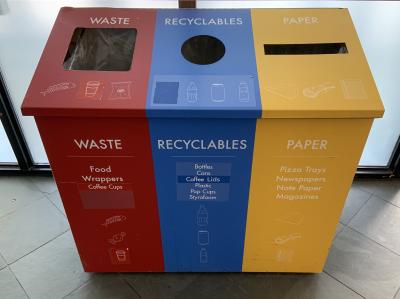 Students in the User Experience (UX) Design program looked at how people interacted with the bins, where they dropped their waste, and how well they understood the process.

The class selected new bins based on the data.

Public relations student Claire Chappell knows the Humber Lakeshore student body. She has worked in residence and Student Life and brought a unique perspective to the project.

"Devon came in as a client and told us how students are unfamiliar with waste management," she said.

Fernandes wanted a way to make it easier to manage waste and to be more transparent with students about how to do it and where it's going. 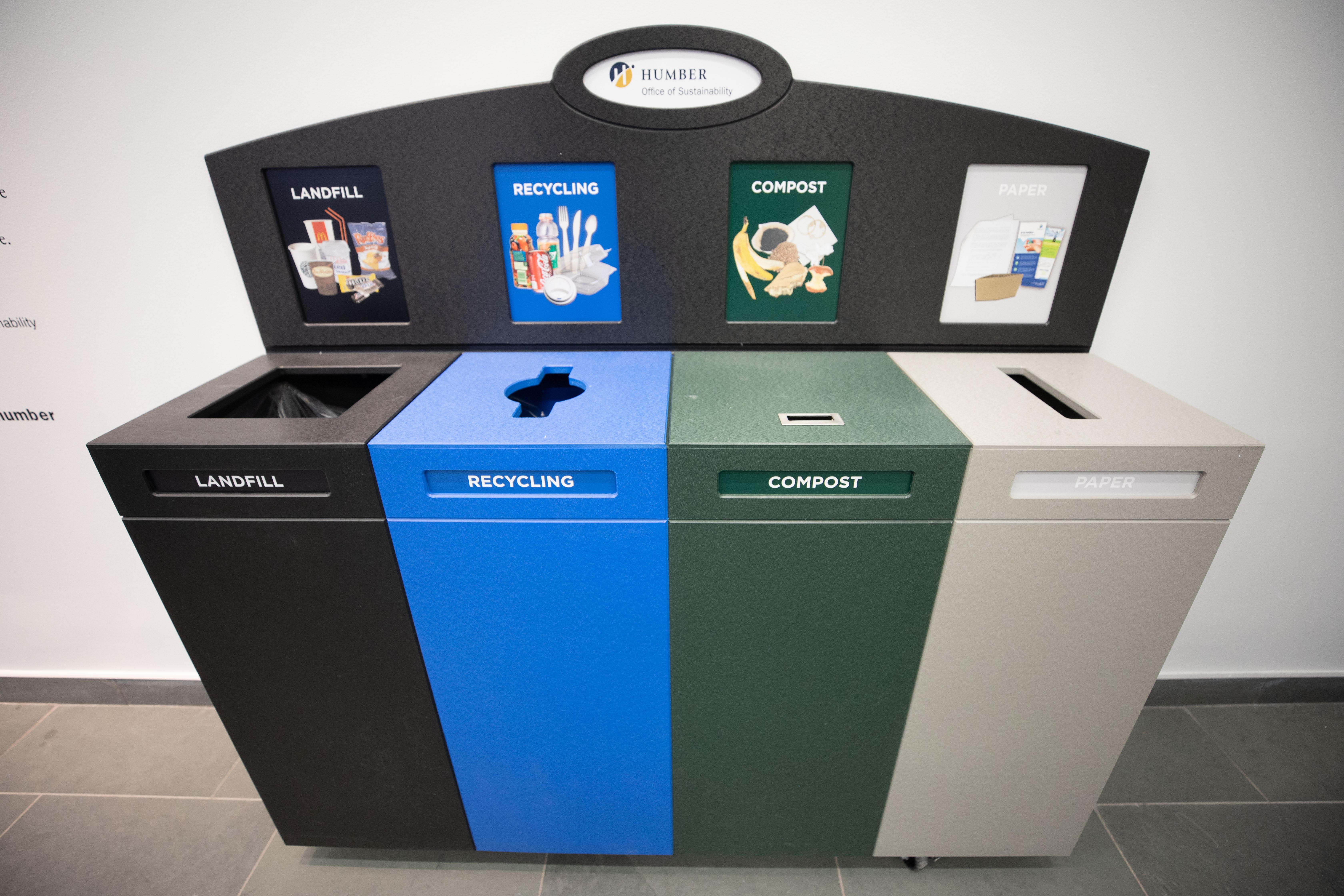 The class jumped right into the issue - examining what kind of waste is actually in the bins, evaluating bins around campus, and compiling lists of what is sold on campus and the resulting waste.

Chappell says the situational practice is valuable for "finding out what you're looking for."

The students then held a focus group based on the information they gathered during the situation analysis.

"We did primary research, we did secondary research where we were looking at what other schools are doing, we read the literature behind it," said Chappell. The students also delved into what the City of Toronto is doing to build sustainability, like the TOwaste App.

When it came time to design, Fernandes assigned the project to a student doing a graphic design work study. They based their work on feedback from the students interviewed and included in the focus group. 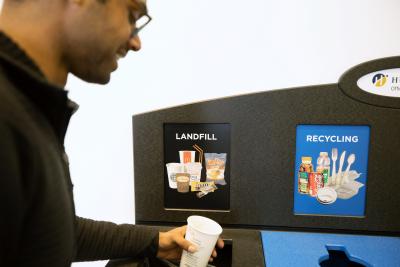 One bin is being piloted at Humber's North Campus. It is located near Starbucks in the Learning Resource Commons where it's bound to be filled with coffee cups. Chappell and her classmates are hoping that this time, they will be deposited in the right place.

The rest of the bins are headed to Lakeshore campus for the pilot project, to be installed soon.

"My hope is down the line that this will be successful at Lakeshore and it will happen at North campus, too," said Chappell.

The students also prepared a complete communications plan. Chappell and her peers will be executing that plan on all of Humber Sustainability's web and social media channels leading up to the waste bin launch.

Should I Write This Down? Note Taking Skills