Taranjeet Mann was working as a freelance designer in India when he had an opportunity to come to Canada five years ago. Recognizing it was a chance at a better quality of life, he didn’t hesitate. But even a master’s degree in computer science wasn’t enough to open doors when he got here. “It was hard to get work without a Canadian education,” he explains.

Mann knew the solution was getting a diploma from a Canadian post-secondary school, but he had to become established and financially stable first. By the time he was on good footing, he’d been out of the computer science field for a few years, which made upskilling even more necessary in a field where things are constantly changing. Friends recommended the Computer Systems Technician – Information Technology Infrastructure and Services program at Humber, and Mann liked that it offered a co-op stream.

“No one would give me a job without references,” Mann recalls. “I knew if I took a co-op program at Humber, it would give me more connections. That’s why I chose this program.”

As his co-op semester approached, Mann got to work applying for a lot of co-op positions — more than 50, in fact. He had plenty of interviews, and ultimately accepted an offer from Polytainers, an Etobicoke-based company that provides smarter packaging solutions to help food companies prosper and grow.

Mann’s full-time co-op placement at Polytainers provided rich work experience that he believes will serve him well in his career. Supporting a mid-size enterprise that maintains a family-business feel, he worked on the service desk, helping out with IT requests and tasks across the company — everything from installing and upgrading software to repairing devices such as scanners and printers. He even fixed CEO Bob Barrett’s printer on one occasion.

Mann notes that he was also exposed to systems and situations that will serve him well in his career. He gained experience with unified communications (a seamless, fully integrated system for communications across an organization) before the topic was introduced in his final semester of classes at Humber, giving him an advantage. He had a ringside seat to a network migration project, giving him insight into how networks function.  He was even a key team member in the Office 365 implementation. “I got exposure to see how everything fits together.  This will help me later in my career as I wish to pursue a management role.”

The co-op experience at Polytainers didn’t just help Mann build the hard skills he’ll need in his career — he also had a chance to hone critical soft skills. “I gained real-world experience in how to communicate professionally with other team members and vendor-partners,” he says. And just as he expected, the connections he built were also invaluable. “I had an opportunity to work with such a great team,” Mann recalls. “My manager and peers were always available to help me if I was stuck.”

While the co-op experience at Polytainers left quite an impression on Mann, it’s clear Mann also left an impression on his employer — so much so that he was offered a full-time role as a systems administrator before he’d even finished his final semester at Humber. 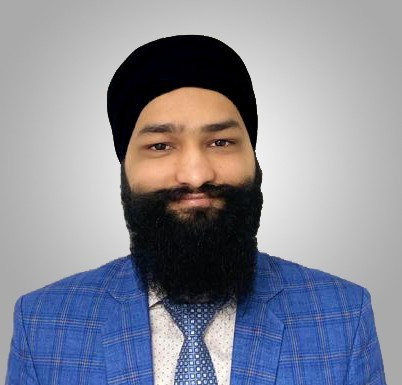 Taranjeet Mann
“Taranjeet is a joy to work with and has become an integral part of our team. He is ready for the world!”
Tim Ackermann
IT Manager
Polytainers