The Global Polytechnic Alliance is an international alliance between 3 institutions: Humber College, Otago Polytechnic in New Zealand and VIA University College in Denmark. The strategic partnership has created opportunities for micro-credentialing, joint programming and collaboration. Students from each of the post-secondary institutions recently formed teams to compete in an international competition hosted by Oxford University.

Map the System challenges students to tackle global issues by first studying and understanding the problem and its broader context.

"In the world we live in, problems are increasingly globalized and interconnected, and because of that, they are extremely complex," said Elinor Bray-Collins, a Liberal Arts and International Development faculty member. 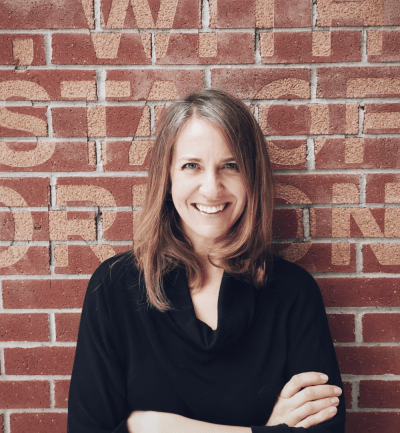 "We have to go beyond the idea of there being a singular solution to these types of problems. It's about understanding the interactions between their different parts, and why, despite our best efforts, these problems perpetuate."

Changemakers can benefit from using a systems mindset, which encourages understanding complex challenges rather than jumping straight into solutions or business plans to fix them.

Humber College is one of the first polytechnics ever to take part in the Map the System. The college will announce the preliminary competition winners on April 15, and the winners will go on to compete nationally in the Canadian Finals May 5 to 7. The top four Canadian teams will be eligible to compete – virtually – at the Global Finals Oxford University June 9 to 11.

Fourth-year  Bachelor of International Development student Samantha Groover joined a team of students from all three institutions. Her partners include an education student from Denmark and a design student from New Zealand.

"Everyone has a different perspective and idea of how to approach an issue or a problem. I've learned a great deal about teamwork and communication," she said.

Each of the teams has one to five students from various academic backgrounds. Some of the units are cross-border, like Groover's.

Humber will see more than 20 teams compete in the first round, some international and others including only Humber students.

"They'll be doing in-depth research and using systems thinking tools and concepts. Having international student teams in the Map the System competition is new to this year's Humber competition, but it is also a first for Map the System, Global."

Valeria Contrares, in her third year of International Development, was thrilled to be included in one of the GPA teams. She is working with two students from New Zealand and another from Humber.

"It's going to be hard work, but we all have different passions and backgrounds, from nursing programs to sustainability programs. We're trying to pick a topic," she said.
The group plans to enlist the help of one of several faculty mentors to narrow the search.

"All the realities we're living are so different. This kind of competition is important."

According to faculty member Caroline McCaw, Otago Polytechnic in New Zealand "enjoys relative freedom" since the COVID-19 pandemic is less acute there. While students enjoy and benefit from cross-border learning, Otago faculty have learned from the other GPA members' challenges.

"They've been teaching online for most of the last year and have developed some great techniques and strategies for engaging people online who will probably never meet in person," she said.

"It is not enough to only be concerned about your own country. All countries are connected because we live on the same earth," said McCaw's counterpart, Brigitte Woge Nielsen, professor and coordinator of VIA Student Incubator for health professionals in Denmark.

She notes that some of the most pressing issues of the day are highlighted in the United Nation's Sustainable Development Goals (SDGs). The goals, adopted by the UN as a universal call to action, include targets like quality education, decent work and economic growth and affordable and clean energy.

Goal 17 addresses the global partnerships necessary to achieve the rest of the goals.

"It's one of the most important goals. If we do not work together, we will not be able to act upon all the challenges we are facing."

Students and faculty from the Global Polytechnic Alliance Map the System collaboration will be presenting their research on systems thinking at VIA University's Futures of Education conference April 22-23.

Humber Update: The latest on the new vaccine clinic, green honours and more