Both championships took place at the Deer Creek golf course in Ajax.

On the women’s side, Madison Ouellette took home the individual silver medal. Elaine Surjoprajogo just missed out on making the podium after finishing two strokes back from third. All three players were named CCAA All-Canadians. 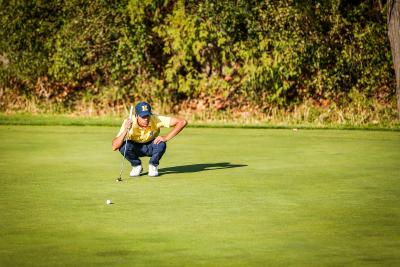 For the men, rookie Daniel Talmage won the individual bronze medal. Talmage along with Bremer and teammate Trey Ross were named CCAA All-Canadians. Also part of the men’s team was Ryan Holwell and Charlie Cooper.

It was head coach Nick Trichilo’s first men’s title since he took over the program in 2012 and his third with the women’s team since 2013.

In other Humber Athletics news, the Hawks women’s soccer team won the Ontario Colleges Athletic Association (OCAA) championship after defeating the Seneca Sting 2-0. Chantel Spalla and Kaitlynn Russell had the goals for the Hawks.

The men’s soccer team are also OCAA champions after beating the Seneca Sting 4-0. Abdul-Azeez Babawale scored a hat-trick while Alex Meczarski potted the other goal.

The Hawks baseball team received its second consecutive OCAA silver medal after falling to the St. Clair Saints in a double-elimination final.

As well, the Hawks softball team received the OCAA bronze medal after a 4-0 loss to the Durham Lords.