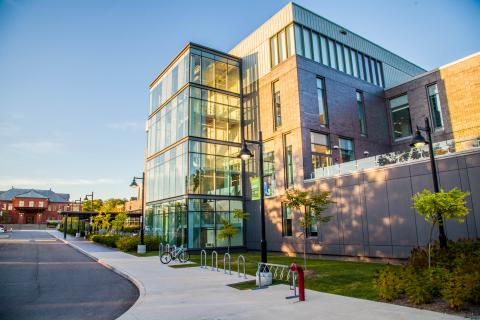 Last week, we shared our plans for fall academic delivery. Over the coming weeks, we will continue to provide details about our plans to resume on-campus activities, while ensuring that we put the safety and well-being of the Humber community as our top priority.

Information about programs and courses and their mode of delivery for Fall can be found here.

I know that many of you still have questions. Program information sessions will be held leading up to the Fall term to provide students with an opportunity to ask any specific questions they may have about their program. Dates... END_OF_DOCUMENT_TOKEN_TO_BE_REPLACED

Over the last several days, media reports and social media posts have been flooded with horrendous images of anti-Black racism and violence. Subsequently, those same channels have shown acts of solidarity and a thundering call for collective action to dismantle and eradicate systemic and individual racism.

While some of these instances occurred in other countries, we have to face the existence of anti-Black racism in Canada, in Ontario and in our schools, including Humber.

Late last year, hateful, anti-Black graffiti was found at our Lakeshore Campus. We were saddened and angry that such an incident occurred at Humber and reminded... END_OF_DOCUMENT_TOKEN_TO_BE_REPLACED

Over the last few months the Humber community has joined together unlike ever before. As the global COVID-19 health crisis has evolved, our staff have shown incredible adaptability, resilience and perhaps even more importantly, empathy and compassion for each other and our students. Thank you for rising to the occasion and continuing to make us proud.

In the face of many unknowns, we are continuing to focus on our existing expertise in providing rich, career-focused education that prepares graduates for success. Today, we’ll be letting our students know that we plan to provide both interactive online and... END_OF_DOCUMENT_TOKEN_TO_BE_REPLACED