Four new names are being added to the Humber Varsity Hall of Fame as part of the Class of 2022.

Humber Athletics announced that Steven Hough, Brendan Lyons, Justin Marra, and Keegan Murphy will be the first Humber College baseball players to be inducted into the Hall of Fame during a ceremony later this month.

"We would like to congratulate these inductees and their families," said Humber’s Athletic Director Ray Chateau, who himself was inducted into the hall in 2013. "This is a tremendous class of Hall of Famers who has made an undeniable impact on Humber baseball, both on and off the diamond. We look forward to celebrating this outstanding class and recognizing their academic and athletic achievements."

The Humber Varsity Hall of Fame recognizes Hawks athletes, coaches and administrators who have made major contributions to Humber Athletics and continue to demonstrate the positive values learned through participation in intercollegiate sports.

Hough, a pitcher who played for the Hawks from 2016 to 2020, was part of the team that won the 2018 National College Baseball Championship (NCBC). He’s also a two-time Ontario Colleges Athletic Association (OCAA) provincial champion and was named the MVP of the 2019 OCAA Championship.

Lyons was a pitcher and also played first base for the Hawks from 2015 to 2019. He was also part of the 2018 NCBC-winning team where he was named tournament MVP and top pitcher. He was the 2018-2019 Humber Male Athlete of the Year, becoming the first Hawks baseball player to receive the award.

Marra played catcher for the Hawks from 2017 to 2019 and was a member of the 2018 team that won the NCBC. A 2011 draft pick of the Chicago Cubs, he was part of the 2018 OCAA provincial championship team and was also named to the 2018 NCBC all-tournament team. 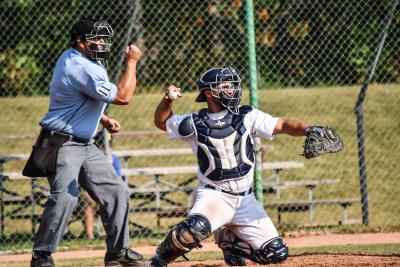 Murphy played infield from 2014 to 2019 and was also part of the 2018 NCBC and OCAA championship-winning teams. He’s Humber’s all-time leader in games played and finished his career as the Hawks’ leader in hits, doubles and RBIs. He was also named to the 2018 NCBC all-tournament team.

The induction ceremony takes place on Sept. 25 at Connorvale Park before the start of Humber’s doubleheader with Sault College at 1 p.m.

More than 240 campers attend the Raptors Basketball Academy at Humber