Rogers Cup, presented by National Bank is more than just world-class tennis as it features 15 acres of shopping, patios and plenty of entertainment. Don’t miss it!

Humber alumni, friends and family receive savings of up to 20% on this summer’s hottest event!

Reserve now as tickets will sell out!

Humber Alumni members, family and friends receive 30% off Toronto FC tickets with the maximum group discount and the exclusion of service fees!

Available games are as follows:

Tickets traditionally move fast and will sell out before the game date.
To secure your ticket discount visit www.torontofc.ca/ticketpass and use PROMO CODE: HUMBERTFC

Through the work of Assistive Technologist Eva Revuelta-Lopez, Disability Services has acquired the use of of IPADs and Mac Book Air Lap Tops in partnership with Apple. Through this partnership students and staff in Disability Services will be better able to determine how these products can make education more accessible on campus. We look forward to watching this program develop. 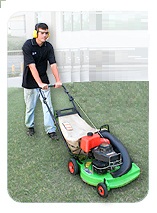 We all look forward to the sunny warm weather that comes with summer; however, high temperatures can pose a risk to workers, particularly for those whose jobs involve outdoor activities.  When heat is combined with other stresses such as high humidity, physical exertion, fatigue, or lack of acclimatization, it can lead to heat-related illnesses.

The heating and cooling balance in our body depends on the amount of heat absorbed from the environment as well as the heat generated through physical activities.  As our body heats up, it tries to cool itself through the evaporation of sweat.  If body fluids and salts are not replaced, the body starts to overheat.  Heat-related conditions include heat rash, fainting, heat cramps, heat exhaustion and heat stroke. Depending on the condition, symptoms may include dizziness or fainting, nausea, weakness, heavy sweating, and rapid breathing.

Report heat stress concerns to your supervisor. If you experience symptoms of heat stress during extreme heat, move to a cool area, loosen your clothing, get cool water to drink, and get medical attention immediately.

If you work indoors and your work environment is at higher temperatures or humidity levels during the summer months, either because of mechanical failure or the lack of air-conditioning, inform your supervisor.  Facilities Management or Health and Safety Services can assist in assessing the situation.  Light clothing, hydration, fans, or breaks in a cooler environment can help reduce your discomfort.

For further information with regard to heat stress in the workplace, please visit:

I am pleased to announce the new Dean for the School of Media Studies and Information Technology is Guillermo Acosta. ﻿As you know, Humber conducted a national search for the Decanal role. Following that, a faculty interview committee short-listed candidates, both internal and external, conducted six interviews and made recommendations to the President. Notably, the committee was unanimous in its endorsement of Guillermo Acosta and the President has confirmed that recommendation.

As many of you know, Guillermo brings considerable experience to the Decanal role, including: teaching experience at Ryerson University and the University of Guelph as an adjunct professor; teaching experience at Humber in diploma, post-grad and continuing education programs; program coordinator leadership experience in diploma and post-grad programs at the Lakeshore and North campuses; a history of expanding programming enrolment and access to resources; leadership in launching Humber’s two-year post graduate certificate in Global Business Management; and managing Humber’s largest continuing education program grouping (Business School), including on-line programming, and consistently exceeding enrolment and revenue targets. Currently, Guillermo is Associate Dean in the School of Media Studies and Information Technology responsible for the new media and IT cluster of programs.

Guillermo holds an undergraduate degree in business from the Universidad Católica Andrés Bello and a graduate degree in business from the Universidad Metropolitana, both in Caracas. He is multilingual, has multinational brand development and management experience in telecommunications and the spirits and wine industry, and has played key roles in various international projects including Bhutan, Guatemala, Bangladesh, Indonesia (Banda Aceh) and China. Recently, Guillermo has been an invited speaker on e-learning (keynote at Richland College in Dallas) and engaging learners in on-line learning (Learning Summit, Chicago).

I would like to personally thank the committee members. They offered considerable expertise and thoughtfulness to this task. Also important were the many ideas and perspectives offered by Humber Faculty and Staff across the college.

Academic Council met for the last time this academic year on June 12, 2012 at the North Campus. Here are the highlights of our meeting.

John Davies addressed Council with some parting remarks, focusing on some of the major themes on the horizon for both Humber and postsecondary education in Ontario, and expressing confidence in the college’s present positioning. He emphasized that Humber is extremely well-prepared for the future, due to our many different kinds of credentials, which provide multiple pathways for students once they enter Humber. President Davies ended his remarks with a statement of confidence in the incoming president, Dr. Chris Whitaker, to lead Humber into the future.

Humber has applied for consent renewal for the Bachelor of Applied Technology (Industrial Design). The application will include adjustments to the curriculum that strengthen the program, including a reduction in the number of courses and a restructuring of some of the courses. The application also involves a change in nomenclature to Bachelor of Industrial Design, in order to be more consistent with typical nomenclature for programs of this type.

Aisling Burke gave us an update on the second annual Student Leadership Institute. This year’s theme was “Inspire Change.” The annual two-day conference is open to all Humber and Guelph-Humber students; this year 95 students participated. Participants stayed in residence, and attended a wide variety of sessions on topics such as mentoring, communication skills, values, volunteerism, and public speaking. The conference was very successful; of 73 students surveyed, 100% strongly agreed or agreed they will be able to apply what they learned in the future, and that it added value to their overall experience as a student at Humber. Aisling was accompanied by two students who participated in the Institute, who spoke about how valuable it was to learn about their strengths, network with other student leaders, and become inspired to get involved in community activities.

Please be advised that central receiving will be closing down its operations for the afternoon from 12 noon onwards on Thursday, June 28 due to our annual departmental barbecue. We will be back to our regular operation on Friday, June 29.

Thank you for your understanding.

In the spirit of diversity and inclusion, we provide the following Multifaith Holy Days & Festivals realizing that it is not exhaustive.
If you wish your faith’s days to be included, please contact the Chaplain for consideration.
Phone: 416.675.6622 ext. 4427
Email: chaplain@humber.ca

01 Sunday
Canada Day (Canada)
Honours the establishment of Canada on July 01, 1867 by the British North America Act, which proclaimed “one Dominion under the name of Canada” and instituted Canada’s federal government. Formerly called Dominion Day, the holiday was officially named Canada Day by an act of Parliament on Oct 27, 1982.

Xmaay (Aboriginal)
Xmaay is the season of big berries. The major summer fruit is ripe and can be gathered in the woods.

04 Wednesday
Wassa / Wassana (Buddhism)
The beginning of the three-month 'Rains Retreat' for monks and nuns to devote themselves to self-examination through study, meditation and service and to celebrate the first teaching of the Buddha.

20 Friday
Ramadan to Aug 18 (Islam)
The Muslim Holy Month of Ramadan begins, a month of fasting during which Muslims who are physically able, do not eat or drink from dawn until sunset. Note: By some calculations, Ramadan will be from July 21 to Aug 19.

30 Monday
Oh-Harai-Taisai (Shinto)
As an act of inner purification for sins and offenses during the first half of the year, Japanese worshippers walk through a large ring of woven grasses and reeds at the entrance to shrines as part of the Great Purification Festival. The ceremony is usually celebrated in July and occurs twice a year (and can be on June 30 and December 31). Inside each shrine, a vessel of water is used for ritual ablutions that include rinsing the hands and mouth (called ohairai) to restore internal balance to the body before approaching the kami (nature spirits).

A reminder to all faculty and staff that the Math Centre is open all summer long, From May 1to August 17, 2012. 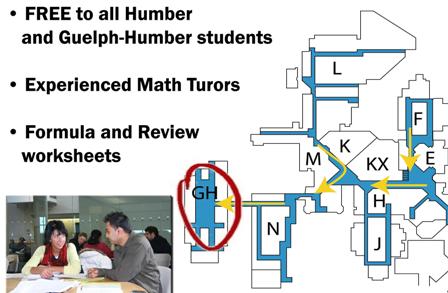 The Math Centre is available to all Humber and Guelph-Humber students, for help with any course that has math related content. IT is completely free to all students.